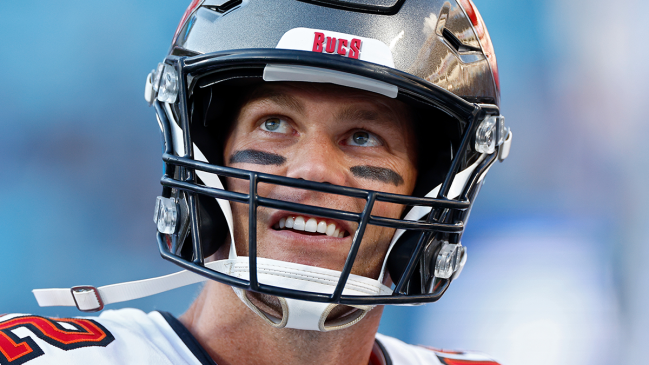 It’s been a very interesting couple of months for Tom Brady, who many people seem to think might be regretting his decision to forgo retirement and return for his 23rd NFL season at the age of 45.

Brady has also had to deal with a flurry of rumors concerning his allegedly deteriorating relationship with Gisele Bündchen 13 years into a marriage that seems to be on the rocks thanks in no small part to his obsession with football—a career he compared to being deployed while serving in the military earlier this week before walking his comments back.

At this point, Brady has absolutely nothing left to prove, and while he’s made it pretty clear he’s going to play football until his body finally waves the white flag, that didn’t stop Chris Simms from speculating the QB could finally decide to walk away from the game for good before the current regular season wraps up.

However, based on what the man himself had to say about that possibility, it doesn’t seem like that will be the case.

Brady chatted with the media ahead of the Bucs’ division showdown with the Panthers on Sunday, and during the press conference, one reporter asked him if there was any truth to the retirement scenario being floated by Simms and other “national talking heads.”

The QB joked that was actually the real reason he’d stepped up to the podium before firmly denying it was in the cards, saying, “No retirement in my future” after reaffirming his commitment to Tampa Bay.

Of course, this is coming from the guy who said he was going to retire earlier this year before changing his tune less than two months later, so I guess we’ll have to wait and see if he lives up to his word.