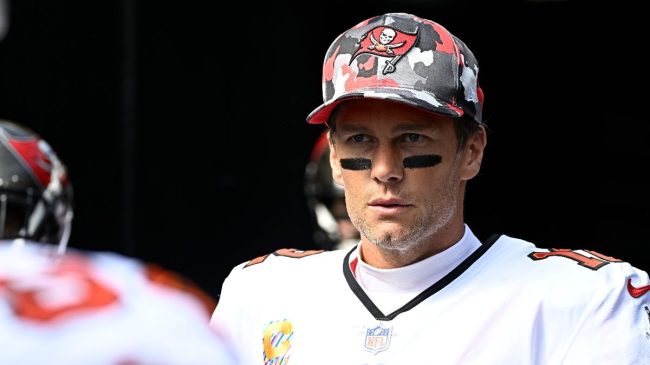 Tom Brady caught some flack recently after comparing the NFL to “being deployed in the military. It wasn’t a great look, especially considering neither of those two things has anything in common. However, the Tampa Bay Buccaneers quarterback finally addressed the situation amid the backlash.

Tom Brady starts his press conference by apologizing for a statement he made earlier this week comparing football to the military. He says it was a poor choice of words.

It’s starting to feel like Tom Brady has taken more Ls off the field this season than he has taken on the field throughout his entire career. His comparison between the NFL and the military was just a tone-deaf comment. Especially considering those who are in the military risk their lives defending the country and don’t get paid millions of dollars doing so.

At least the Buccaneers quarterback took the time to address his mistake. It would have been much worse for him had he ignored it altogether. Regardless, others should use this as an example of what not to say.

As for Tom Brady and his team, Tampa Bay has faced a ton of struggles. Frustrations might be settling in right now, as the Buccaneers haven’t quite looked like the contender we thought they’d be.

Hopefully, for the team’s sake, they can figure it out. Otherwise, Tom Brady and the Bucs will be watching the playoffs at home like the rest of us.