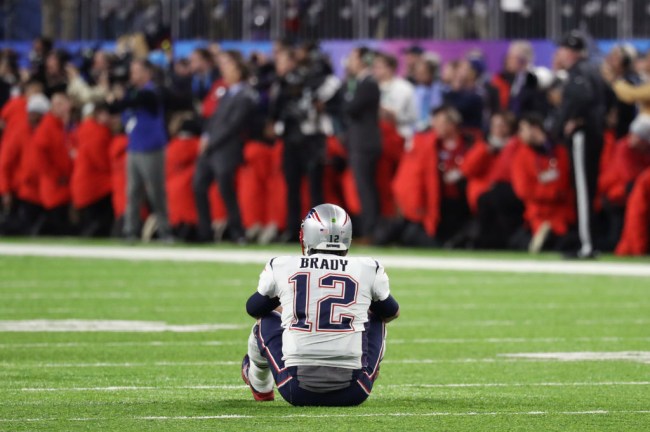 If you’re a fan of a particular player or team, it can be pretty hard to remain neutral when it comes to picking your fantasy football squad.

When you’re drafting your lineup, the last thing you want to do is let your emotions get in the way of your goal of forming the most formidable team possible.

Unfortunately, it isn’t always that easy.

This is especially true in some of the later rounds, where I’ve on more than one occasion drafted someone because he went to the same school that I did (and, in one instance, because he routinely bought me beer before I turned 21 back when we were in college).

It’s really the least I can do.

I might be susceptible to some rash impulses, but there are plenty of people out there who are able to block everything else out and do whatever they need to win— a group that apparently includes Tom Brady’s son.

According to Bleacher Report, Brady recently got hit with a reality check after he discovered his child (presumably the 11-year-old Jack) decided to thank his dad for bringing him into the world by spending one of his top picks on a quarterback not named “Tom Brady.”

Here’s a live look at Brady after hearing the news: 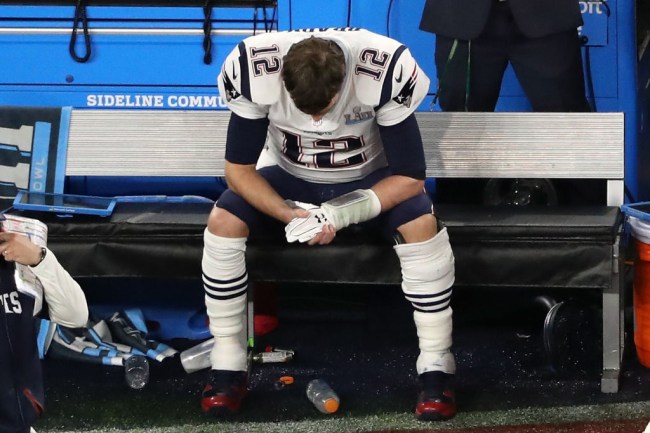 Ryan struggled a bit against the Eagles defense last night in his first game of the season despite the best efforts of Julio Jones— especially in the red zone, where he only managed to complete a single pass in nine attempts.

Based on most of the rankings I’ve seen this year, Brady was still near the top of the pack when it came to fantasy QBs despite being a certified Old Guy, which makes the selection especially insulting if Jack’s dad was still up for grabs

Of course, there’s a chance this is payback for the time Jack got absolutely juked out of his shoes by his dad for the entire internet to see.

I hope Brady doesn’t have trouble playing with a knife in his back.