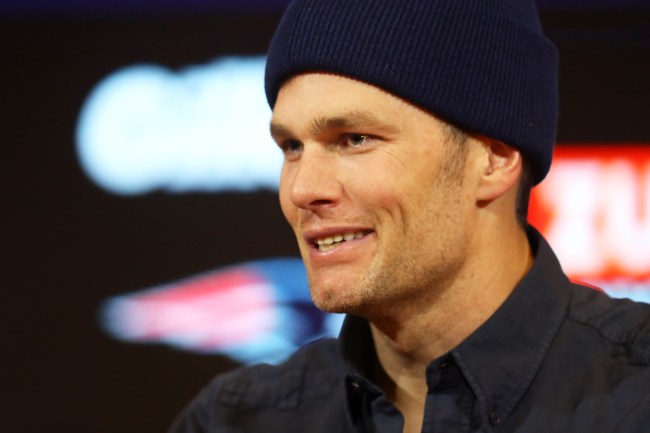 The NFL world was shocked this offseason when Tom Brady bolted the New England Patriots for the Tampa Bay Buccaneers, leaving behind his six Super Bowl rings and the comfort of the “Patriot Way.” At 42 years old, the GOAT was ready for a new chapter in his NFL career, and, to the surprise of nearly everyone, it was the longtime suffering Bucs who won the sweepstakes to acquire the future Hall of Famer.

What’s not surprising is the fact that, by adding Brady, the Buccaneers have thrust themselves into the spotlight, being picked for the maximum of five primetime games this upcoming NFL season, and, generally speaking, being a trendy pick to compete for a Super Bowl. Adding Tommy was the first domino, but getting his buddy Rob Gronkowski to come out of retirement and request a trade to Tampa made the roster look absolutely lethal. Everywhere you look, Tom Brady has weapons he hasn’t had in at least a decade.

Two Pro Bowl wide receivers on the outside? Check.

Just think about this, Tampa Bay finished third in both points and yards last season with Jameis Winston under center, so it’s crazy to think about the possibilities with Brady under center — who tends to protect the football better and, most likely, won’t be throwing 30 interceptions like Winston did last year.

Given the talented pieces that Tom Brady has on the offensive side of the football, it’s no wonder some are predicting big things for both him and Tampa’s offense overall. And one guy — former NFL Pro Bowler and current analyst Maurice Jones-Drew — isn’t holding back in setting his expectations high AF. In fact, MJD thinks Brady could boast the best season any of us have ever seen for a quarterback.

Talking on NFL Network’s Good Morning Football, Jones-Drew outlined his mega-high projections for Brady, believing he’ll pass for about 5,000 yards and throw at least 55 touchdowns. Take a look below at the former running back’s thoughts.

“I’m just going to go out on a limb… he’s going to thrash 2007,” Jones-Drew, a former three-time Pro Bowler for the Jacksonville Jaguars said on Good Morning Football. “I think he’s going to throw 55 touchdowns, 4,500 yards passing, probably close to 5,000. The Bucs are going to be one of the toughest to stop, because their defense causes turnovers and gives his more opportunities.”

“If you’re gonna win this NFC South division, you’re gonna have to score points. You have the Atlanta Falcons, you have the New Orleans Saints. I’m gonna go with Tom Brady,” he said.

Just for reference, Peyton Manning set the single-season passing yards (5,477) and touchdown record (55) in his second season with the Denver Broncos in 2013. He was 38, so maybe Tom Brady can pass those marks at 42, right? Would anyone really doubt the GOAT?

Still, Brady’s best season came in 2007, when he threw 50 touchdowns and compiled more than 4,800 yards passing — but he was 30 years old. While he’s got plenty of weapons with the Buccaneers, it’s kind of a tall task to think that he’ll go out and define Father Time by coming close to (or passing) a ton of NFL records.