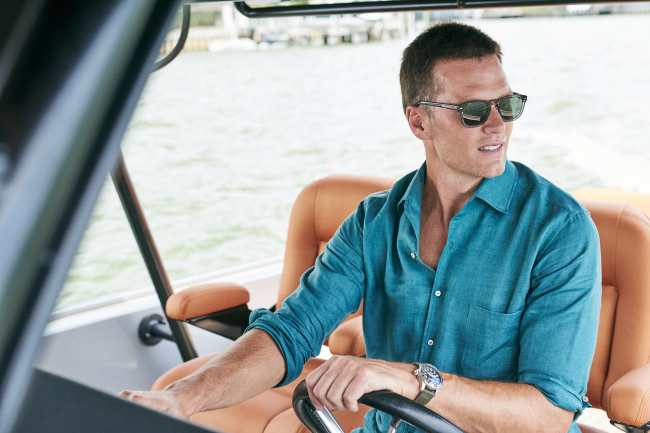 When Tom Brady moved to Tampa Bay in the offseason, the San Diego-born, Michigan graduate was likely unfamiliar with hurricane season after spending his entire NFL career in New England. If he wasn’t aware of the damage it can cause before, he certainly is now.

Tropical Storm Eta, which was downgraded from a hurricane right before it hit the western coast of Florida, ripped across the state on Wednesday night into Thursday morning and has caused quite a bit of damage. While the winds and the rain were bad, much of the destruction came during a high-tide storm surge that flooded the coastline. Everywhere on the water was smacked pretty hard, and the storm didn’t seem to care about who was in its path.

Brady, who recently purchased a multi-million dollar home in South Tampa, chose to ride the storm in his new pad.

He told reporters on Thursday that his new crib was hit by the flooding and had its dock and his jet skis float away. The dock, which holds a 15-ton boat lift, and the jet skis were found 300 yards away stuck with a neighbor’s dock.

It was “a good lesson learned from someone that’s been in the northeast for a long time,” he said.

Upon moving to Tampa, Brady was renting Derek Jeter’s mansion in St. Petersburg, Fla. until the MLB Hall of Famer chose to list the home last month.