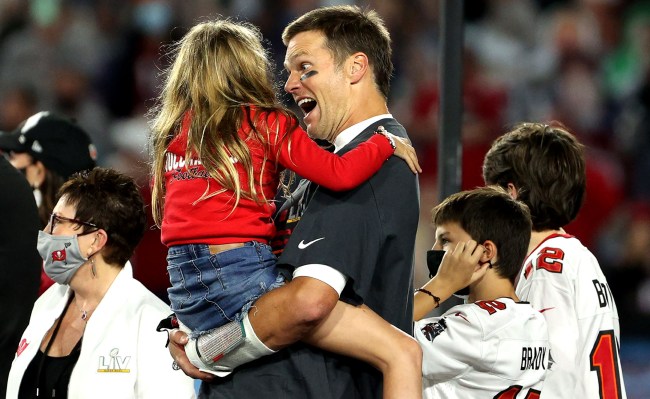 I have to admit. I have loathed Tom Brady for years. Mostly because I was sick of seeing him win. However, on Sunday while I was watching him compete against the Kansas City Chiefs in Super Bowl LV I found myself rooting for him. What happened?

Well, there were a few reasons for my bewildering change of heart.

One, Brady ws no longer with New England. That certainly helped. It’s hard to root for Bill Belichick when you’re not from the Boston area, plus many Patriots fans have been a little tough to deal with over the years.

Two, Patrick Mahomes’ family has almost started to make me feel the way about him that I did about Brady. They’ve been insufferable the past two seasons.

Three, Brady has actually seemed pretty happy this year. Still just as laser focused, but he seems to be enjoying things more than while he was with New England.

Four, Gronk is his teammate, again. How can you not root for Gronk?

Five, dude is 43 freaking years old and just took a team to the Super Bowl, putting up video game numbers along the way, all in the middle of a pandemic.

He has also, as his kids John, Ben and Vivian, have gotten older, shown that he is really, really enjoying being able to share this time and his successes with them.

I think the tide in that regard really began to turn for me after Brady politely asked a security guard after winning the NFC Championship game if he could “say hi” to his son.

It’s very hard to hate that.

And it’s even harder to hate this…

Check out the look on Tom Brady’s face when he spots his kids on the field after winning his seventh Super Bowl.

Tom Brady when he saw his family ❤️

Dammit. Now I actually want the guy to win another Super Bowl or two. Might as well just go ahead and get one for every finger at this point. (Unless he’s playing the Tennessee Titans, which… based on my experience as a fan of theirs, seems unlikely.)