For Some Reason, Patrick Mahomes’ Mom Complained To Gisele Bundchen On Twitter After Super Bowl 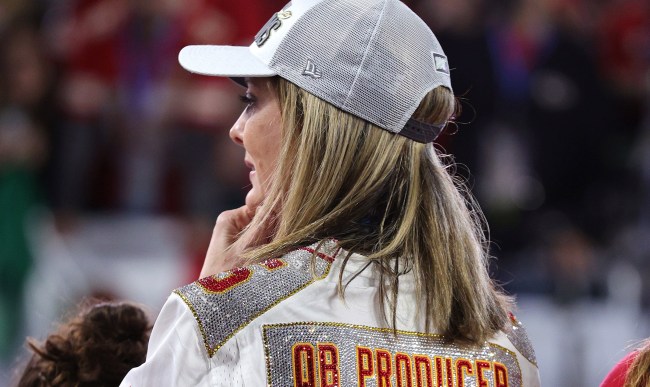 The Mahomes family, including Patrick’s fiancee Brittany Matthews, are very loud and proud when the Chiefs are winning, but when they lose or struggle, they seem to have a little trouble dealing with it and keeping their feelings to themselves.

The reason I point this out is because in the NFL there are few families who are as visible on social media when their player is doing well, and even more so when he isn’t.

It’s not a good look.

On Sunday, as Patrick struggled to get his offense going, his mom Randi and his fiancee Brittany were all about making excuses and complaining about any perceived slight.

Like it or not, they very often come off as very sore losers when everything doesn’t go Patrick’s way. It’s as if they can’t fathom why someone wouldn’t be a big a fan of Patrick as they are, the media included.

Randi Mahomes even decided that the perfect time to send a tweet Gisele Bundchen’s way, complaining about the officiating, was as Tom Brady was just beginning to celebrate his seventh Super Bowl win.

Can you imagine Randi Mahomes actually thinking that tweet to Gisele would be taken any way but badly?

As if Gisele was going to see that massive overuse of emojis – an obvious effort to dampen the pettiness she knew she was displaying – and decide it was worthy of a response.

It wasn’t, and Gisele didn’t.

Did the refs make a few bad calls that went against the Chiefs? Yes, they did. Were they the reason Mahomes was held to a career-low quarterback rating of 52.3? No.

Tom Brady’s parents are a class act. Thank you for your words! @TomBrady @PatrickMahomes pic.twitter.com/73YYRcdgc9

Thank you Mrs. Brady for your kind words.. pic.twitter.com/zAkIZOHVuh

Until Randi, Brittany, and company realize they can’t have things both ways – fans and media fawning over Patrick when he wins AND when he loses – the crowd of people being “mean” to them on social media is never going to dissipate.