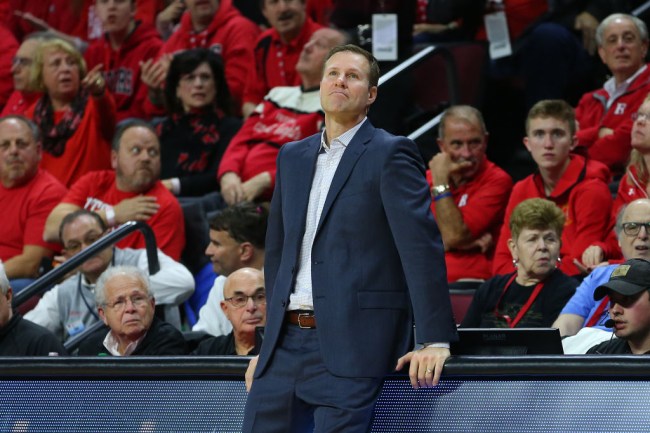 Michigan State played visitor to Nebraska on Thursday night and while the Spartans throttled the Cornhuskers by 21 points, there was at least one great moment to come out of the game for Nebraska, at least for head coach Fred Hoiberg and his family.

Hoiberg’s son, Jack, plays for the Spartans and Tom Izzo elected to put him in the starting lineup on Thursday night delivering a pretty great father-son moment.

After the game, Jack poked a little fun at his old man saying it was a fun experience getting the start, but it probably wasn’t too fun for his dad with the Cornhuskers falling 86-65.

"#10 who the hell…sh*t that's Jack…" -Fred Hoiberg, the moment he found out his son was starting. #Huskers pic.twitter.com/RX3owjrh1E

Hoiberg played only five minutes of the game but did go 2-for-3 from the field picking up four points to go along with one rebound and two assists.