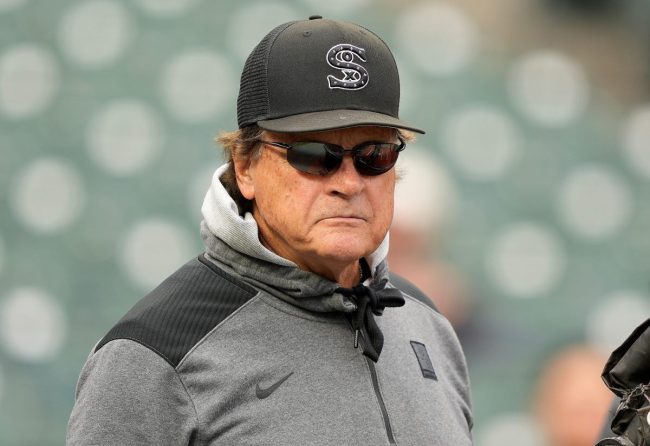 White Sox fans are not happy with Tony La Russa, and things just got worse after seeing another MLB club fire their manager midseason. The Chicago faithful had La Russa trending on Twitter following the firing of Toronto Blue Jays manager Charlie Montoyo.

Montoyo had the Blue Jays positioned in the playoffs, sitting in one of the wildcard spots in an uber-competitive AL East. But Toronto still decided to make a move following a four-game sweep at the hands of the Mariners. They didn’t even wait until the All-Star break.

Montoyo becomes the third manager to be fired this season, joining the Angels’ Joe Maddon and Phillies’ Joe Girardi. Much like the Blue Jays, the Phillies are in the wildcard hunt, but that positioning wasn’t enough to secure Girardi’s job.

After seeing teams that are still in the playoff race making moves, Chicago fans wonder why their front office isn’t cutting ties when they sit at 42-45.

The response on social media was not kind to La Russa and the White Sox.

Fans are so mad at Tony La Russa that they had the White Sox trending on Twitter after Charlie Montoyo was fired in Toronto. Take a look at the immediate reaction.

Blue Jays are 46-42 and yet they still just fired their manager.

Meanwhile, we are stuck with this: pic.twitter.com/wxn6CWSIIU

The Blue Jays are smart.

The White Sox are not.

118 year old Tony LaRussa managing to keep his job despite letting the White Sox go up in flames is one of the greatest unsolved mysteries of all time. He’s gotta have naked pics of someone in the organization man

The White Sox are currently three games under .500 on the year, but they still sit just 5.5 games back in the AL Central race. Fans are obviously hoping the team moves on and gets serious about make a playoff run.