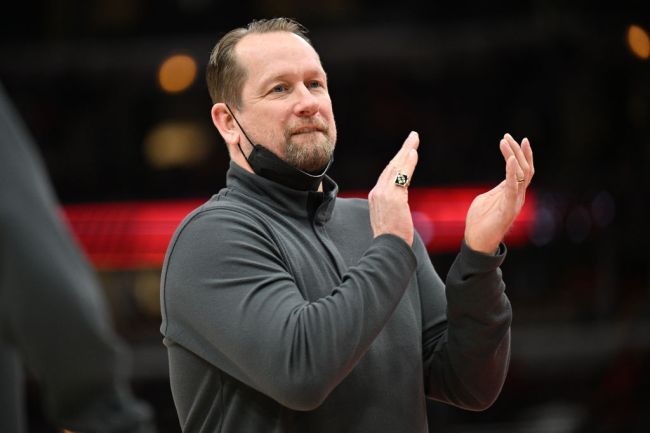 It has been a few weeks now since the Los Angeles Lakers fired Frank Vogel at the end of a disastrous season that saw them fail to make the playoffs. In that time, a few candidates have been named as potential replacements for Vogel, with the most notable being Nick Nurse.

Nick Nurse is currently the head coach of the Toronto Raptors, a team that actually did make the playoffs this season. He is also just a few years removed from leading the franchise to its first ever NBA title.

Obviously, the Raptors don’t have any reason to be interested in letting him leave right now, but that hasn’t stopped the rumors about him and the Lakers. Today, Raptors president, Masai Ujiri, was asked about these rumors and unequivocally shut them down.

I dream like they dream. I want Messi. I want Ronaldo. I want Kobe Bryant. So they can keep dreaming.

This is a pretty awesome way to tell the rest of the basketball world “Nick Nurse is mine and you can’t have him”. Aside from the fact that I’m not entirely sure what the president of an NBA franchise would want 5’7″ Lionel Messi for, this is a great message to send the league ahead of the offseason.

The Toronto Raptors have a strong core, plenty of developing young talent, an the defending Rookie of the Year. They’re a team that is going to plan on competing for years to come and they know exactly who they want leading them when they do.

It looks like the Lakers are going to need to start searching elsewhere for their next head coach.