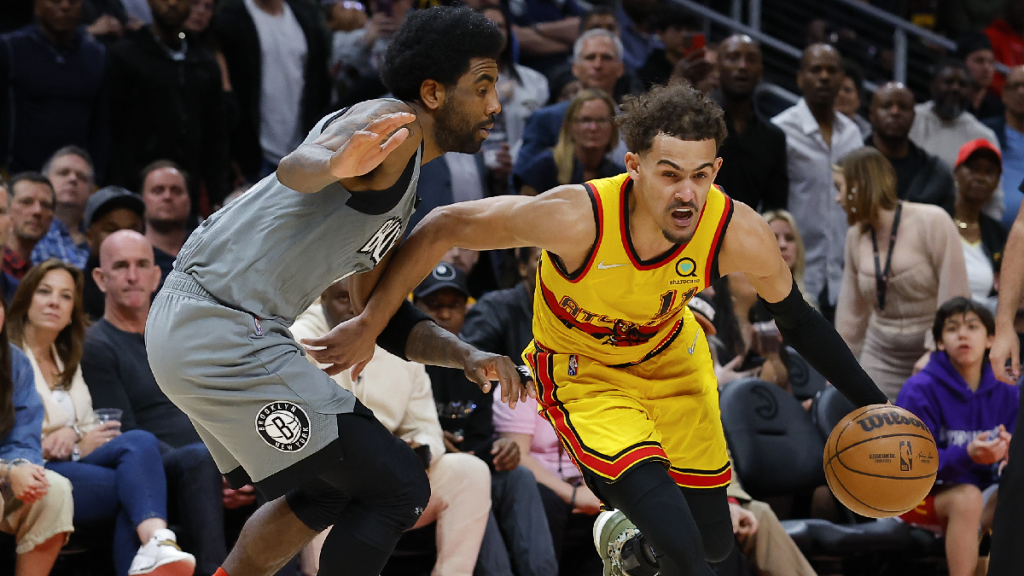 That was good enough to lead the Atlanta Hawks and earn Trae Young his second NBA All-Star selection. Trae’s certainly looking to build on a massive 2021-22 season and that means working out hard in the offseason.

In order to do that, he needs to test himself against fellow NBA players including Kevin Durant and Kyrie Irving who he was seen working out with at the end of August. Now there’s another clip of Trae Young brutalizing Kyrie Irving 1-on-1 in one of these pickup games.

Watch closely to see what Trae Young does here to Kyrie Irving. It’s hard to watch this clip and think that Kyrie’s still ‘got it‘.

Yo what Trae did to Kyrie here is wild lmao pic.twitter.com/IB4aAZH76t

Trae is an absolute baller and he’s only 23 years old but Kyrie just gets embarrassed here. Kyrie Irving is only 30 years old as well, it’s not as if he’s over the hill like Uncle Drew.

Here’s what basketball fans are saying about Trae brutalizing Kyrie.

Some people refuse to believe this is actually a legal move in basketball. But the rules listed here are NBA rules. They’re playing in a gym, not an NBA game. The rules are different.

“A player who is dribbling may not put any part of his hand under the ball and (1) carry it from one point to another or (2) bring it to a pause and then continue to dribble again.”

Can someone convince me this is legal? pic.twitter.com/5vXqdNnzLz

I know there was a lot of alcohol behind this tweet

Zero chance this ever gets called by any NBA ref:

no nba ref is calling that

I didn’t realize there were so many Kyrie Irving stans in the world:

Why didn’t Kyrie call the foul then? If it was a big deal he could’ve called it, right?

There’s no sense in trying to argue with people on twitter. But they were playing a pickup game in a gym. NBA rules don’t apply here. Kyrie got CLOWNED on.