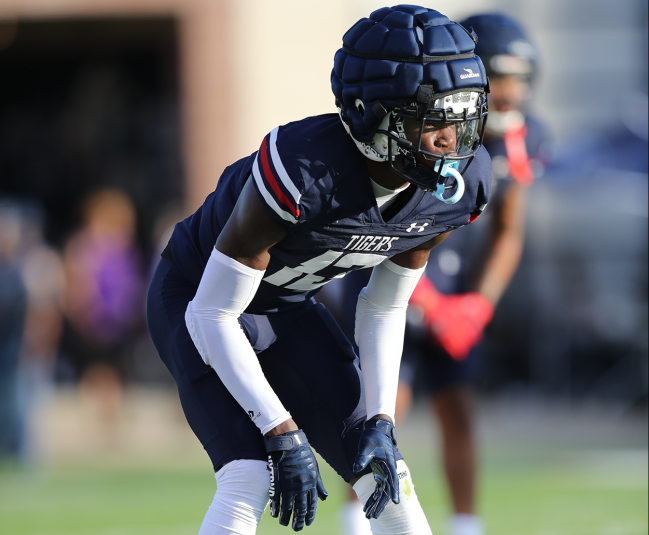 Nick Saban let loose on Wednesday evening. After speaking out against the current climate of NIL and recruiting in the past, he went full scorched-earth with a nearly seven-minute rant in which he called out multiple NCAA programs for their practices.

In doing so, Saban claimed that Texas A&M bought every single one of its Class of 2022 recruits, called out Miami for John Ruiz’s bankroll and took a shot at Jackson State and Deion Sanders. He also said that Alabama did not buy a single player, which immediately led to him being exposed as a liar.

During the rant, Saban accused Jackson State of paying $1 million to a “really good Division I player.”

More from Nick Saban tonight: “Jackson State paid a guy a million dollars last year that was a really good Division I player to come to school. It was in the paper. They bragged about it! Nobody did anything about it."

Most people assumed that he was referring to Travis Hunter Jr. Hunter was the No. 1 overall recruit in the Class of 2022 and was expected to decide between Florida State and Miami. About an hour before his commitment, there was a lot of buzz about Jackson State. Multiple reports claimed that there was a big NIL package attached to his decision, and ultimately, he ended up choosing the Tigers.

In response to Saban’s $1 million claim, Coach Prime called him a liar. He did not mince his words.

You best believe I will address that LIE Coach SABAN told tomorrow. I was & awakened by my son @ShedeurSanders that sent me the article stating that WE PAYED @TravisHunterJr a Million to play at @GoJSUTigersFB ! We as a PEOPLE don’t have to pay our PEOPLE to play with our PEOPLE.

And then, on Thursday morning, Hunter addressed the $1 million comments, which he also took as directed toward him, and clowned on Saban. He questioned how his mom could still be living in a three-bedroom home with five children if he had been paid like Saban said.

I got A mil?😂But my mom still stay in a 3 bed room house with five kids 🤣

Hunter’s response is pretty telling. He makes a great point that pretty directly contradicts Saban’s claim. But there is no way of knowing the truth.