Nick Saban Accuses Deion Sanders Of Paying $1 Million For Player, Blasts Texas A&M For Buying Every Recruit On Their Team 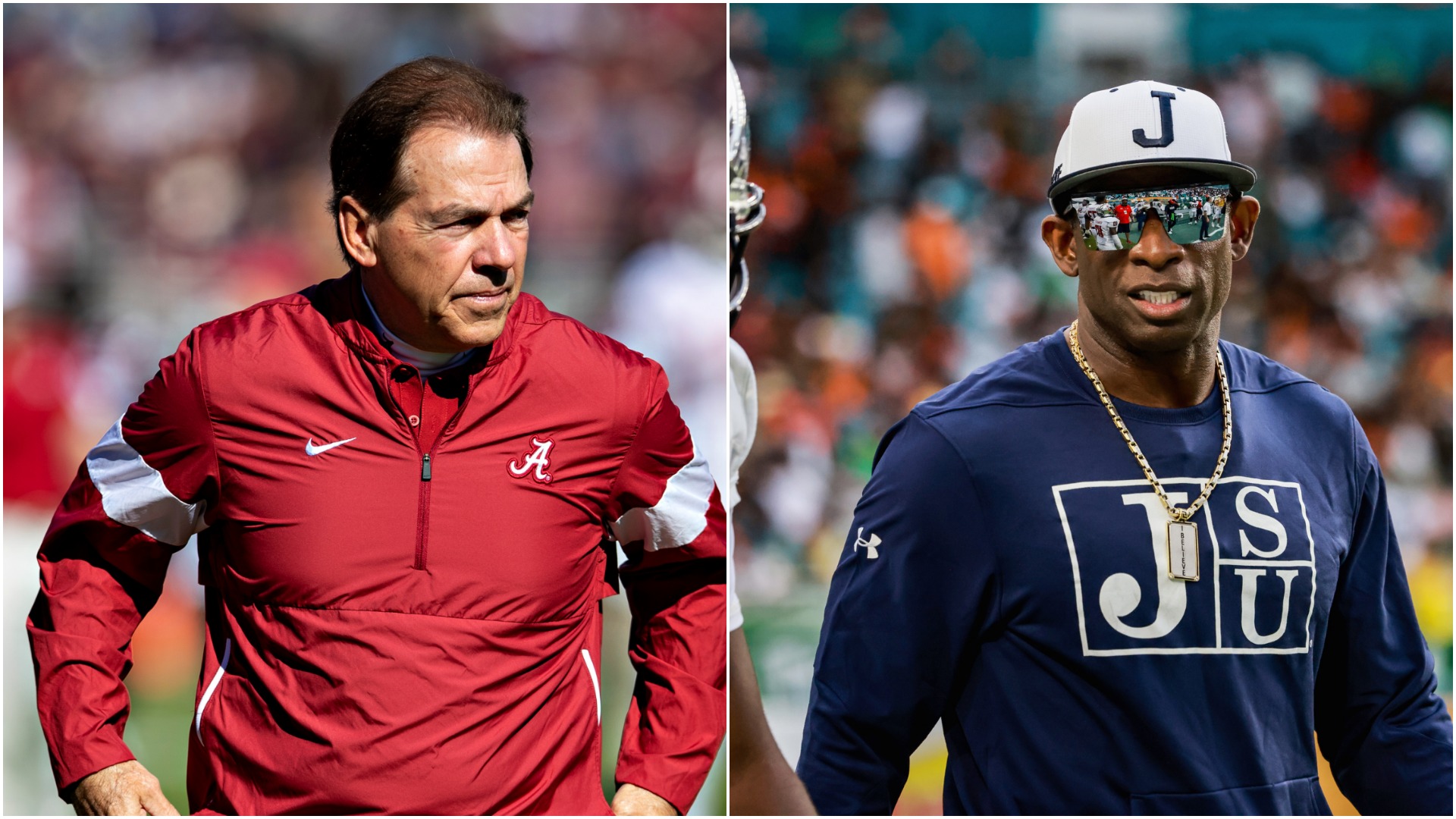 Nick Saban isn’t a big fan of how NIL deals are being regulated in the NCAA.

On Wednesday night, Saban spoke in front of the media at an event and ripped into NIL deals across college football.

Nick Saban claims Jackson State paid a player one million dollars to come and play for Deion Sanders and bragged about it. Any idea who this player is? Serious question 😂 pic.twitter.com/ibUBvuW6ET

“Jackson State paid a guy a million dollars last year that was a really good Division I player to come to school. It was in the paper. They bragged about it. Nobody did anything about it,”

Saban was clearly referencing rumors of Travis Hunter choosing to go to Jackson State for a massive NIL deal which Sanders previously denied in an interview with ESPN.

Deion Sanders on rumors of a big NIL deal for Travis Hunter: “We ain’t got no money! A million and a half!? That’s the biggest lie I’ve ever heard. You know what that is? That means we kicked your butt. We took what was ours and now you gotta make up an excuse.” https://t.co/kyXogQcbH2

Saban then proceeded to rip into Texas A&M for buying all of their recruits this offseason.

Nick Saban says Texas A&M bought every recruit on their team and Alabama didn’t buy any of theirs. Get your popcorn and head to the comments! pic.twitter.com/E4QoiDT5om

“A&M bought every player on their team. Made a deal for name, image, and likeness … We didn’t buy one player. Aight? … but I don’t know if we’re going to be able to sustain that in the future, because more and more people are doing it. It’s tough.”

It’s going to be interesting to see how Sanders and Texas A&M head coach Jimbo Fisher react to Saban’s comments in the coming days.