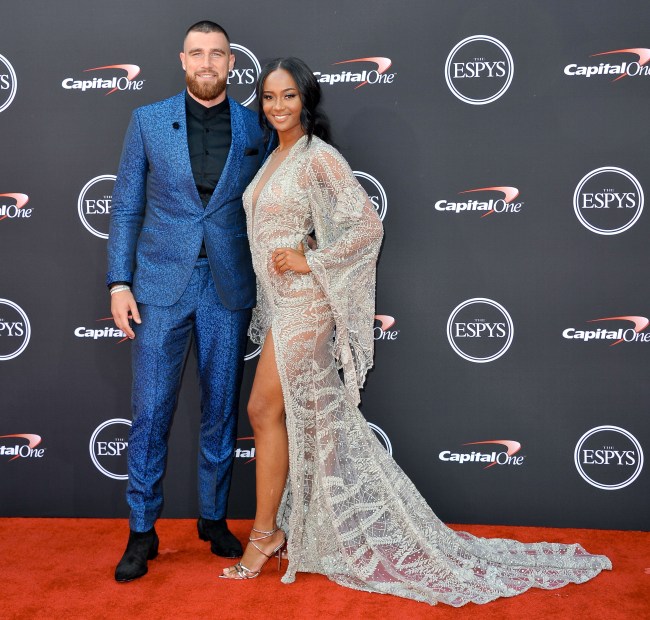 All Pro tight end Travis Kelce wasn’t the only one getting lit during the Kansas City Chiefs’ Super Bowl victory celebration parade, his girlfriend Kayla Brown, who goes by Kayla Nicole professionally, also showed off some rather impressive double-fisting chops.

Granted, she wasn’t doing her drinking by standing 15 feet below Patrick Mahomes as he poured beer down her throat like Travis was doing at one point on Wednesday, but impressive nonetheless.

Kelce and Kayla have been dating since 2017, according to The Sporting News.

According to her Instagram profile, Kayla is an “on-camera host” for the “NBA, BET, Global Grind, HotNewHipHop, XONecole, All Def Digital, [and] BallisLife.”

Kayla also says revealed in the past that she has a Bachelor of Arts in journalism with an emphasis in political science from Pepperdine University after several “judgmental ‘geniuses'” assumed that she was just a pretty face on Instagram.

The couple were spotted last year together at Men’s Fashion Week in Paris, The Maxim Big Game Experience at Super Bowl LIII, and the Nickelodeon Kids’ Choice Sports Awards in 2018.

I’m not exactly clear on where Travis and Kayla met, but I am pretty sure it wasn’t on Catching Kelce.