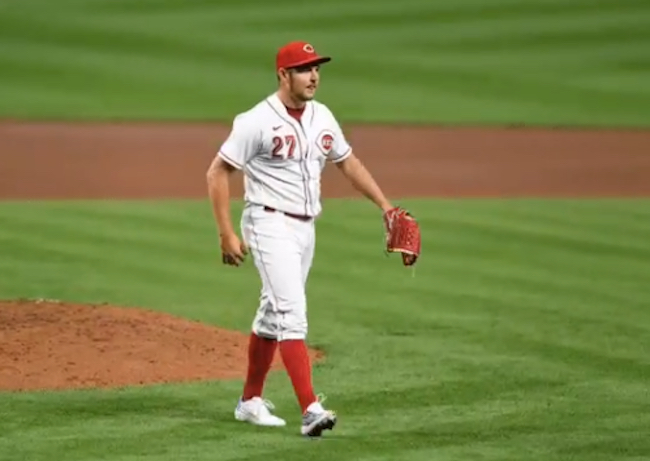 Trevor Bauer was feeling it last night against Milwaukee Brewers. Bauer pitched eight innings in a 6-1 Reds win, allowing just four hits and one run while striking out 12.

The Reds are fighting for a playoff spot and Bauer asked to pitch the game on short rest.

After striking out Christian Yelich to end the top of the eighth, Bauer walked off the mound with a little swagger, doing a Vince McMahon-like strut back to the dugout.

Fans were quick to notice the similarities in the gait.

Bauer is one of the more colorful and outspoken players in the league and this isn’t the first time Bauer has strutted off the mound.

In early August, he paid tribute to the WWE owner – or possibly Conor McGregor – with a subtle strut against Detroit after a strikeout.

You could say Detroit is struggling to hit @BauerOutage today 🤭

Bauer has also pretended to drink a beer after a strikeout, wore “Free Joe Kelly” cleats, and got into a Twitter fight with former player and constant blowhard, Aubrey Huff

Reds fans are hoping the Bauer struts the team right into the playoffs. The Reds are leading the Wild Card race, a game ahead of the San Francisco Giants.