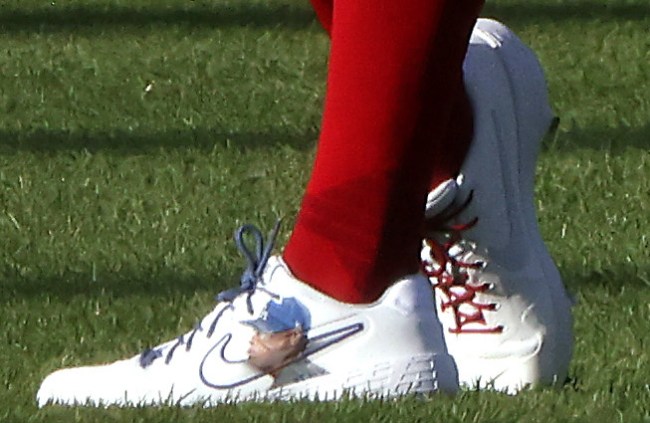 Last year, Major League Baseball was rocked after the Houston Astros were accused of shamelessly stealing signs on their way to winning the World Series in 2017, and after a lengthy investigation, the league found more than enough evidence to confirm the team had blatantly cheated while securing the first championship in the history of the franchise.

Commissioner Rob Manfred obviously had no choice but to drop the hammer on everyone involved in the scandal and did so by *checks notes* um, declining to discipline any of the players who were implicated and dismissing calls to strip them of the title by suggesting winning the World Series trophy he lovingly referred to as “a piece of metal” isn’t as big of a deal as guys who devote their entire lives to baseball would have you believe.

A lot of those players were understandably less than thrilled with this decision and you have to imagine every member of the 2017 Astros squad was slightly relieved when the season was reduced to 60 games, as it meant they’d be subjected to much less of the frontier justice delivered in the form of the baseballs traveling at a high velocity that they started getting plunked with at a disproportionate rate as soon as spring training started.

Anyone who was curious to see if tempers had cooled a bit over the almost four months between the date the season was originally scheduled to start and when it finally got underway didn’t have to wait long to learn the answer was a hard “No,” as the Dodgers were given the chance to exact some revenge on the team who robbed them of a championship a little over a week into the season in a series that saw Joe Kelly become a national hero after he sparked a heated confrontation between the two clubs and was subsequently suspended for eight games.

On Wednesday, Reds pitcher Trevor Bauer revealed he’d be paying tribute to the Dodgers reliever when he unveiled a custom pair of “Free Joe Kelly” cleats that he had planned to wear during his start against the Royals. However, he was ultimately forced to go with a different pair after being informed he’d be ejected from the game if he took to the mound while rocking them.

And the moment you've all been waiting for…..here's a look at my cleats for tonight's start. FREE JOE KELLY! If you want to be eligible for a chance to win these, see next tweet for details. pic.twitter.com/WR0LrNpgCC 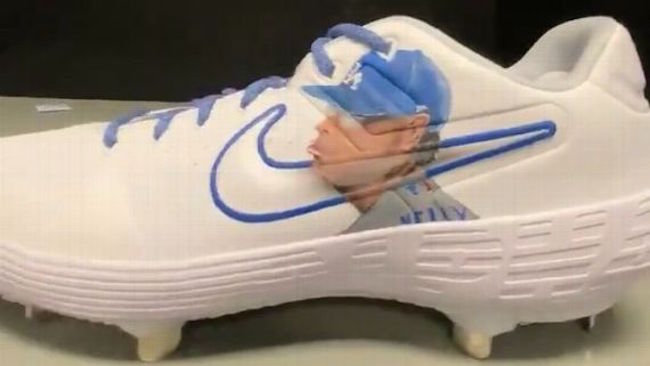 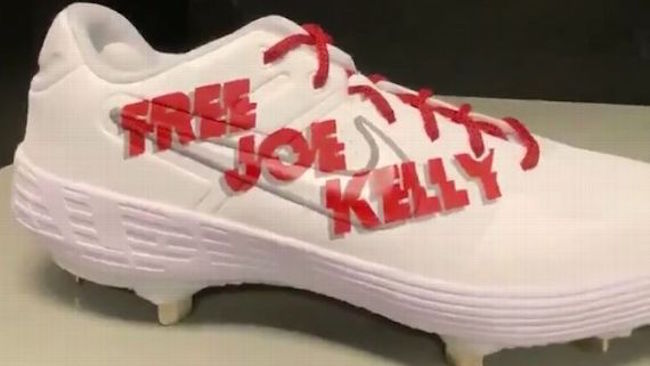 Prior to the season, MLB announced it would allow players to get creative with their footwear unless the design was deemed offensive or overtly political and it appears Bauer’s shoes managed to violate some sort of standard that led to the league determining he deserved to be punished more than anyone who was caught cheating to win a World Series—an interesting ruling he was more than happy to criticize.

For everyone wondering why I didn’t wear the cleats tonight, @MLB threatened to eject me and suspend me and levy unprecedented fines against me if I did. I couldn’t put my teammates at risk like that. Earlier this year, MLB said players could put whatever they wanted on their

cheating your way to a World Series = no ejection/suspension/fine…y’all really know how to pick your battles…🙄 learned my lesson though. Fun is bad, cheating is good. Won’t make the same mistake twice, can promise you that 👊🏻👊🏻 pic.twitter.com/Tyh0JdjJZv

Manfred took a pay cut in May that means he’ll likely be compensated a little over $7 million this year as he seemingly does everything in his power to cement himself as the worst commissioner the world of athletics has to offer and perhaps the only one who appears to actively hate the sport he’s tasked with overseeing.