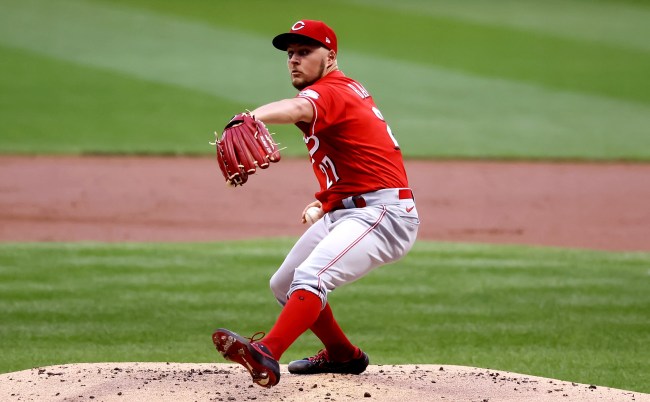 Love him or hate him (and there isn’t much in between when it comes to baseball fans, and former players) Cincinnati Reds pitcher Trevor Bauer can never be accused of being boring.

The outspoken right-hander was the loudest player during the negotiations between Major League Baseball and the MLBPA earlier this summer.

He also has no time for the cheating Astros or the antiquated unwritten rules of baseball.

So on Monday when Bauer struck out a Brewers hitter and then drew the word “BUDS” on the mound, followed by miming drinking a beer after his next strikeout, you know there has to be a good story behind it. And there is.

A couple of weeks back the Reds Twitter account tweeted out a stat about Bauer’s teammate Sonny Gray setting a new team record by striking out 45 hitters in his first five games pitched this season.

Bauer responded that he would try to beat it by commenting, “Hold my beer.”

When Budweiser got wind of Bauer’s tweet they decided to get in on the action.

You had us at "beer" @BauerOutage. 14 Ks in your next two starts: you break the record, we'll make these. https://t.co/SESOvH2pA0 pic.twitter.com/AxXGI08Itx

Naturally, Bauer was all in once that happened.

So, when Bauer struck out batter number 45 Monday night he drew the word “BUDS” in the dirt on the mound to celebrate.

Then, after strikeout number 46, he pretended to drink a beer on the mound.