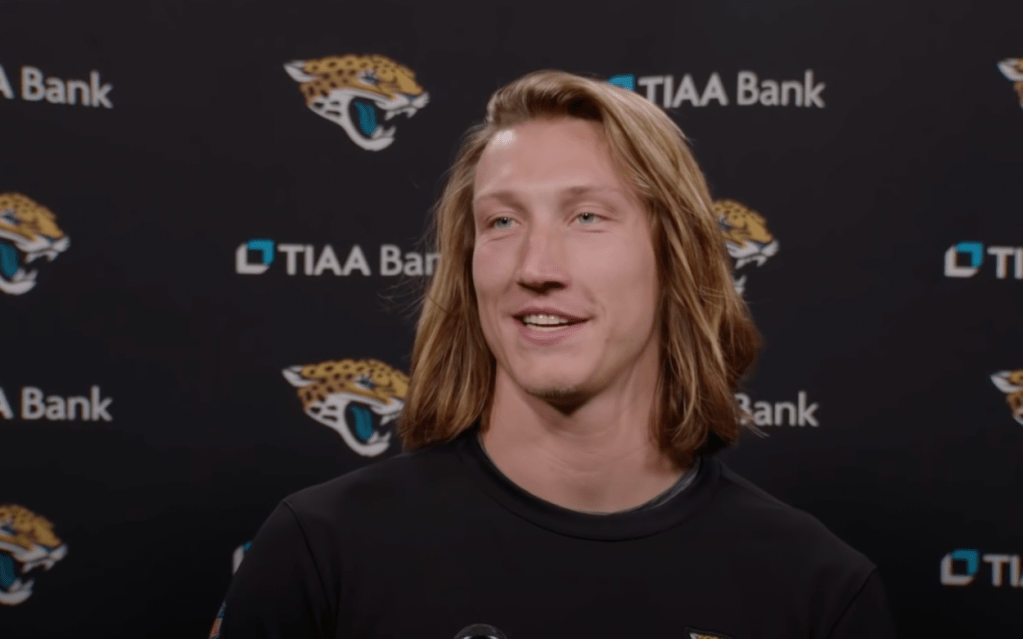 The Jacksonville Jaguars had as tumultuous of a 2021 season as any team in the NFL with the short-lived Urban Meyer era overshadowing most of the on-field action. Trevor Lawrence and the Jaguars finished just 3-14 on the season but it was an improvement over the Jags’ 1-15 record in 2020.

Last season marked the fourth time in four years the Jaguars finished fourth in their division but they’re hoping the addition of Super Bowl-winning head coach Doug Pederson can turn things around. They’ve got the #1 overall NFL Draft pick (again), 33rd, two 3rd round picks, and more. And they’ve got Trevor Lawrence who is accustomed to winning football games.

Upon arrival to the team’s first offseason program, Trevor Lawrence was asked about last year. And while he ‘realizes the importance of moving forward’ according to PFT, Trevor isn’t blocking out the struggles from his rookie campaign. Based on his comments, it seems to me like he’s using last season as motivation to get better every single day.

Trevor Lawrence: “I wouldn’t say starting over. In some ways, yeah. I wouldn’t say everyone, but most of the coaches are new, still have a couple that carried over. But I would say just from an energy and morale boost, it does feel like starting over in a good way.”

“There’s a lot of positivity in the locker room, the building, a lot of energy which has been great. But I’ll say, I think it’s important to just kind of learn from last year and always not necessarily think about that all the time — you don’t want to think about the bad things.”

“Don’t think you can have any more obstacles, other than getting injured, in your rookie year than we did last year.” -Trevor Lawrence

Trevor Lawrence: “But you want to use what you learned and not make the same mistakes, especially as individuals, as players. Things that went right, went wrong, we all have things we can get better at. For me, I learned so much I wouldn’t say it’s like starting over because I’m thankful for those things I learned.”

“I don’t want to start over. I want to keep those in my back pocket. So, stuff like that, I think it’s a good way to look at it and I think guys are doing that.”

Trevor Lawrence worked on mechanics while in California and has been throwing a lot at high schools around town pic.twitter.com/vAgXI840Ce

You can listen to his full press conference from earlier in the week if you hit the ‘play’ button on that YouTube video above. But all I’m seeing and hearing from him is maturity. He recognizes that part of the season was a complete and utter s–t show courtesy of Urban Meyer. But he’s only focusing on the things he can control which is getting better.

For what it’s worth, the Jaguars have an over/under of 6 wins for next season which would double their win total from 2021. The team has only has six double-digit win seasons in franchise history, the last one being 10 wins in 2017. So Trevor Lawrence has his work cut out for him.