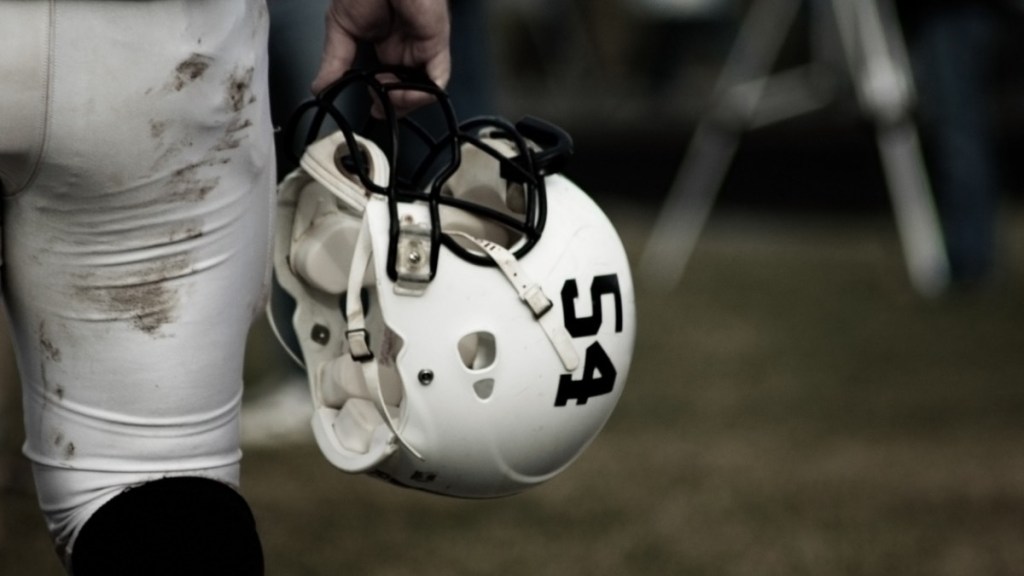 If you are working on the sidelines, you have to keep your head on a swivel. This is true in baseball where you could take a line drive to the groin at any moment or in basketball where someone the size of LeBron James could bowl you over at any moment. And it’s true in college football where you run the risk of getting tackled if you’re not watching the game.

Trine University’s football head coach Troy Abbs know this. He knows to always keep his head on a swivel on the sidelines. But a momentary lapse in focus led to him getting truck sticked by his own players during practice.

This game as the Trine Thunder coach was giving an interview with Justin Prince of FOX 55 Fort Wayne. The play quickly moved towards the sideleins with Coach Abbs getting bowled over. He tried to laugh it off but it was clear he was in pain.

Trine Football head coach Troy Abbs gets demolished by his players during a sideline interview.

Coach was saying “well, I mean the expectation….” and just got demolished. He was laughing pretty hard while reporter Justin Prince seemed pretty concerned. There are some muffled laughs in the background as well. But generally everyone’s looking around like ‘hey, did we just break the coach’s back?’

The coach followed it up with ‘I was rolling! I was rolling!’ so he at least knew how to take a tackle and fall into the play pretty well. That’s experience right there. He felt the pressure and preserved his body. I hope those players took notice.

Where and what is Trine University?

I hope I wasn’t the only person wondering where Trine University is. I’d never heard of it until I looked up Coach Troy Abbs.

Their ‘notable alumni’ include a guy who co-founded Food Lion, a former president of Colombia, and a few other randoms I’d never heard of until today. The Trine Football ‘Thunder’ went 4-1 in the 2020-21 season. It looks like their first game of this season is on Thursday, 9/1 against Anderson (Ind.) and though I’ve never heard of Trine until today I’m 100% rooting for them now just because.

We’re all in on Trine Football.