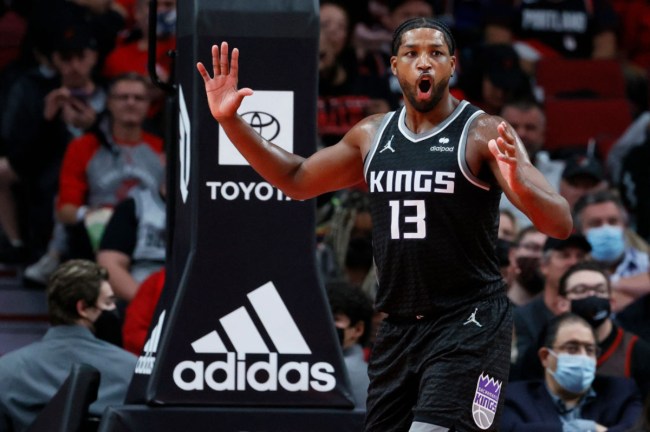 The Sacramento Kings have now lost five of their last six games following Wednesday night’s loss to the Minnesota Timberwolves, and Tristan Thompson has had enough.

Thompson, who is now in his 11th NBA season, sent a stern message to his teammates with a passionate rant to the media following his team’s loss to Minnesota.

The 30-year-old big man doesn’t need a coach or anyone else to inspire him, and he wants you, me, and his teammates to know it.

“I think no man in this world should rely on another man to inspire them,” Thompson explained. “Point-blank, period. You can put that in all capitals. Me personally, no one should ever need a coach to inspire you.”

“My teammates aren’t with it, because I know guys want to win and win badly. It’s not about coach Walton inspiring you, this is not no freaking Glory Road sh-t. You gotta be ready to play,” Thompson continued. “Your number’s called, you in the damn game, I don’t need no fu–ing coach to inspire me. Never have, never will. The day I need a coach to inspire me, is the day I’m fu–ing retiring, I’m going to go play with my kids in the park. I speak for my teammates with that quote, we don’t need a coach to inspire us.”

Tristan Thompson sounds off on the leadership on this Kings team and why inspiration shouldn't come from the head coach. pic.twitter.com/4u9dqpoQih

Thompson is clearly frustrated, and while his rant may rub some people the wrong way, you have to tip your cap to him for being brutally honest in front of the mic. He may be a role player on this Sacramento team averaging under 14 minutes per game, but that doesn’t mean he can’t be a leader for his team.

The majority of NBA fans out there appreciated what Thompson had to say:

Great message on how you should never look outside yourself, to others for inspiration. Your inspiration should come from within and if it doesn’t, you should reevaluate. https://t.co/ZVtWU726UI

nah you guys gotta listen to this even my non basketball or even non sports followers https://t.co/bHQDGpl4Rj