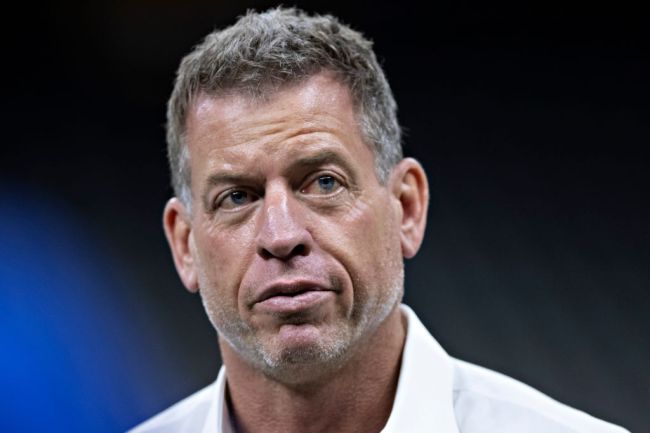 ESPN is apparently close to making another major shakeup to their Monday Night Football broadcast team.

According to NY Post’s Andrew Marchand, ESPN is close to luring Troy Aikman away from Fox Sports to make him the lead analyst on Monday Night Football by paying him Tony Romo type money.

NEWS: Troy Aikman is on the verge of bolting Fox Sports for ESPN's Monday Night Football, The Post has learned.https://t.co/XIwmM297db

ESPN is deep in negotiations with Fox Sports’ Troy Aikman to make him it’s lead analyst on “Monday Night Football,” The Post has learned.

Aikman’s deal is not completed yet, but there is an expectation that it will be finalized. Aikman has also been courted by Amazon.

The exact figures of Aikman’s deal are not yet fully finalized, but for him to leave Fox it is expected to be comparable to or exceed Tony Romo’s 10-year $180 million with CBS.

Marchand goes on to report that ESPN could be interested in pairing up Aikman with Al Michaels, who is currently a free agent after his deal with NBC expired after the Super Bowl.