Tua Tagovailoa Shoots His Shot At ‘Celebrity Crush’ Shania Twain, And She Responds 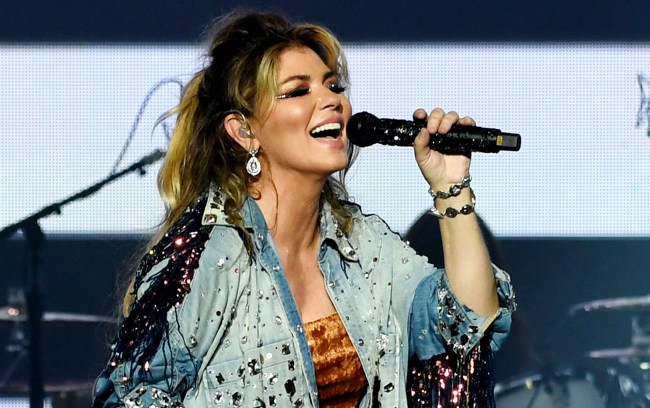 But as far as Tagovailoa is concerned, age ain’t nothin’ but a number as he revealed during a Q&A session on the Dolphins’ social media accounts over the weekend that his celebrity crush is none other than the five-time Grammy Award winner.

When asked who is his guilty pleasure singer is Tagovailoa answered, “I’d say Shania Twain.”

Then when asked who his celebrity crush is, Tua responded, “Yeah, I’d probably go with Shania Twain. Shania, if you watch this, from this moment on, please message me back.”

Get to know @Tua on Q&A! pic.twitter.com/ImAGv6lmyY

Get it? From this moment on?

Somehow, word got back to Twain about what Tagovailoa had to say about her and she responded.

“Guilty pleasure?! You should be proud of your good taste @Tua 😂😘,” she wrote.

Guilty pleasure?! You should be proud of your good taste @Tua 😂😘 https://t.co/S2Md13T7KM

Of course, when he saw she responded, Tua immediately wrote back.

“‘You’re still the one’ @ShaniaTwain,” he tweeted.

“You’re still the one” @ShaniaTwain

So not only was he the fifth overall pick of the 2020 NFL Draft, Tua just got a shout out from his celebrity crush Shania Twain.

2020 definitely does not suck for him as fan were very impressed with his willingness to go out on a limb publicly and shoot his shot.