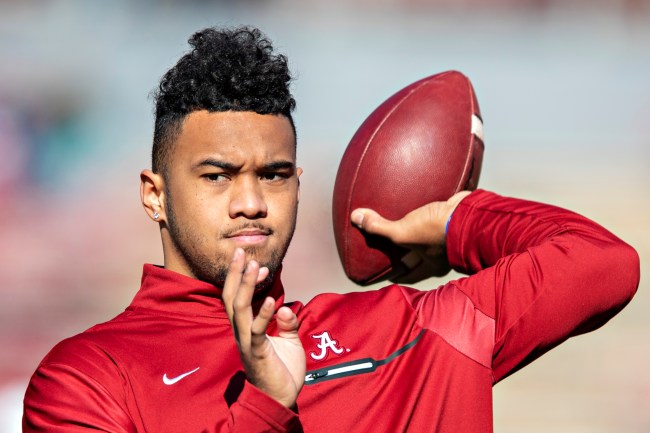 There have been plenty of questions about Tua Tagovailoa’s health leading up to the NFL draft but he and his team are trying to put them to rest.

On his GM Shuffle podcast earlier this week, former NFL front office executive Michael Lombardi revealed that at least one team had failed the physical on Tua due to learning of multiple undisclosed injuries.

“That’s got to get around that at least one team failed the physical on Tua; others have to be concerned now as well. What they saw…is they saw the fact it’s not just his hip. It’s his ankle. It’s his wrist. He broke his wrist the first day of spring ball one year. And then they fixed it, he came back, and he broke it again.

On Thursday, Tua held a virtual pro day for scouts to squash any concerns about his health.

From me and @MikeGarafolo (1/2): Tua Tagovailoa participated in an one-hour long workout with 55 scripted throws and another 20 throws in a dynamic drill setting at a local private gym in place of a traditional pro day. There were less than 10 people present for the workout…

We now have video of the pro day thanks to Chris Mortensen of ESPN and Tue looks pretty damn healthy.

It’s going to be hard to tell how healthy Tua is through a video but from what we’ve seen he looks ready to go.