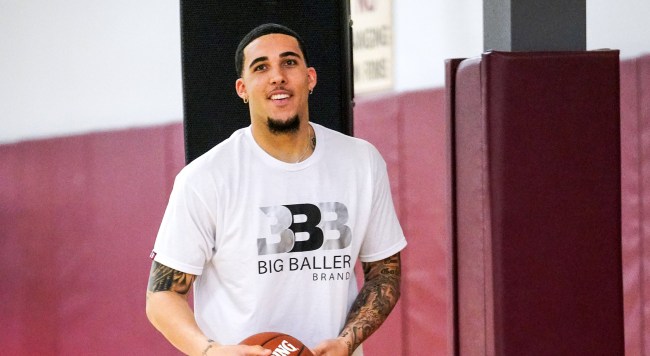 Welp, so much for that. Now we’re back to just two Ball brothers in the NBA as LiAngelo Ball, the middle brother in the infamous basketball family, is back to square one as he was released by the Detroit Pistons after just two preseason games.

Following Sunday’s preseason game against the New York Knicks, Ball, Anthony Lamb and Louis King were all reported to have been released by the team. Ball did not play in either of the Pistons’ first two games.

LiAngelo, who is a better player than phenom Zion Williamson, according to his father LaVar Ball, last appeared in a professional basketball game with the Los Angeles Ballers in the Junior Basketball Association – a league created by his father.

Prior to signing with the Pistons, LiAngelo was a member of the Oklahoma City Blue of the NBA G League, but just as a practice player and did not appear in a game largely due to the season being canceled due to the pandemic.

LiAngelo went undrafted after leaving UCLA in the midst of an international shoplifting incident also played professionally in Lithuania.

Following his release by the Pistons, who signed the 22-year-old LiAngelo to a one-year, non-guaranteed contract just last week, many NBA fans on Twitter went after Detroit, claiming the Pistons had no intention of keeping Ball, but only signed him to boost the team’s social media profile.

The pistons really brought in gelo ball to raise their social media follower count then cut him lmaooo https://t.co/LmXBktfAFf

LiAngelo when he comes home and tells LaVar the news: pic.twitter.com/FytZ6IWEKO

Didn’t even put him on the court that’s trash

so @DetroitPistons release @LiAngeloBall & don’t give him a shot to play? used his name to get more attention & clout lol. smh

Of course, there was also a segment of social media that simply enjoyed seeing LiAngelo, and in turn, LaVar, fail.

LiAngelo Ball will go down as one of my favorite Pistons player of all time. He changed the landscape of the culture in Detroit. NBA gonna be different to watch without him

Pistons add a banner as they waive Liangelo Ball after like 3 days pic.twitter.com/yqcXW6GS1X

Love ’em or hate ’em, this is far from the last time we will have heard from the Ball brothers and their family. Especially if LiAngelo takes this opportunity to sign with the Pistons’ NBA G League affiliate, the Grand Rapids Drive, now that he’s eligible to do so.