LiAngelo Ball Agrees To Contract With The Pistons Putting All 3 Ball Bros. In The NBA 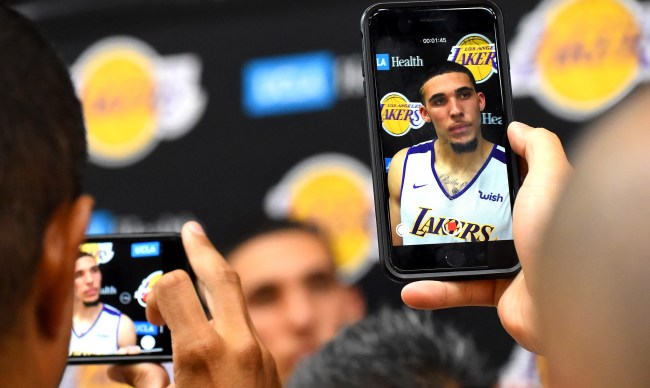 With the signing, LiAngelo joins older brother Lonzo Ball of the Pelicans in the NBA as well as younger brother LaMelo, the third overall pick by Charlotte in the 2020 NBA Draft.

Lonzo was the number two overall pick by the Lakers when he decalred for the draft, however, LiAngelo went undrafted after leaving UCLA in the midst of an international shoplifting incident.

He has since spent the past few years playing in Lithuania with brother LaMelo, in showcases put on by his dad LaVar, participating (poorly) in a pre-draft workout with the Lakers, playing (poorly) in the JBA (Junior Basketball Association – also run by LaVar), and being signed to the Oklahoma City Blue of the NBA G League as a practice player then appearing in one game before the pandemic hit.

LiAngelo, who LaVar said Zion Williamson can’t hold a candle to, reportedly signed a one-year, non-guaranteed deal with the Pistons, who went 20-46, finishing in 13th place in the Eastern Conference this past season.

LiAngelo Ball, the brother of Pelicans guard Lonzo Ball (No. 2 overall pick in 2017) and Hornets No. 3 pick LaMelo Ball, is signing an Exhibit 10 deal, sources said. The Ball brothers are now all signed to NBA contracts. https://t.co/o0daB2O2z2

So far, LaVar has not made any comment about the signing. That certainly won’t last very long, however.