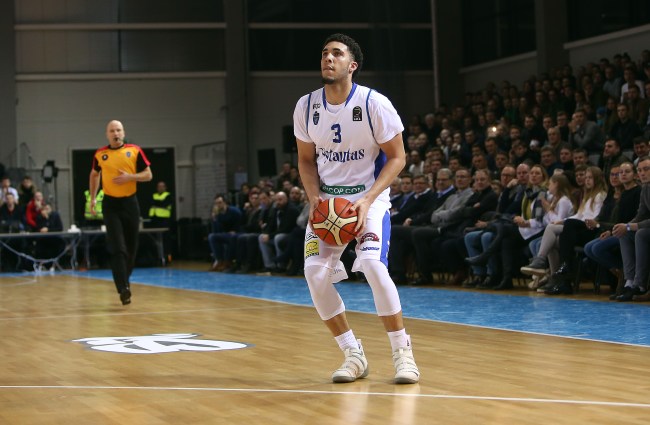 Yes, LiAngelo Ball declared to the NBA Draft. Yes, he did so hours before scoring 72 points for Vytautas. No, that is not a coincidence. It was another master work of puppeteering by the Vince McMahon of Lithuania–LaVar Ball.

As SB Nation points out, Vytautas Prienu dropped out of the Baltic Basketball League to host a series of one-off games against dogshit competition. On Tuesday, when LiAngelo dropped 72 and hauled in 11 rebounds, his squad a was playing against a bunch of teenagers on Guangdong Southern Tigers of the Chinese Basketball Association. A goddamn youth team.

One reporter in attendance said the game was unwatchable.

It appeared Guangdong’s starting point guard was Xu Jie, whose only recorded stats on RealGM come from an under-17 World Cup in 2016, when he averaged 4.5 points on 27 percent shooting. He’s 5’10 and 18 years old, and his skill level appears to match up with the rest of this Guangdong team, which is a far cry from their professional team.

It also should be noted that the Ball brothers (LaMelo finished with 36), rarely crossed half court to play defense, awaiting an outlet pass off a rebound to pad their stats.

LiAngelo and LaMelo are the only two players out of this defensive sequence. 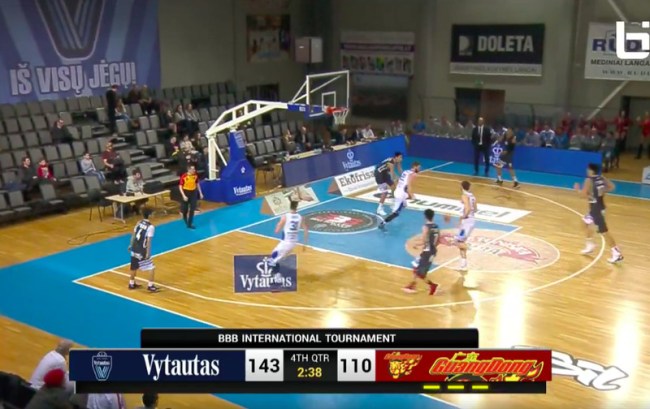 NBA scouts will likely look past LiAngelo’s performance against a YMCA squad, and the 19-year-old’s chances of playing in the NBA are very slim, but it won’t be because LaVar didn’t pull out every stop. No matter how shameless.