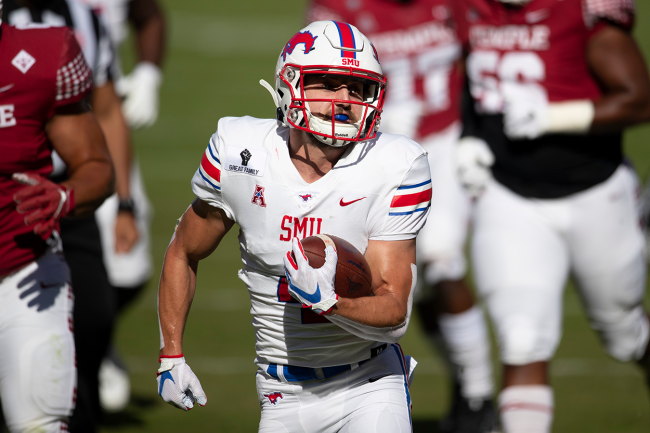 Tyler Page committed to SMU as a three-star wide receiver recruit in the Class of 2017. Now, four years later, he is letting people know that he is a five-star recruit when it comes to his attitude.

Over the course of his four years with the Mustangs, Page played primarily in a reserve role. He saw time in 42 games with seven starts and caught 65 passes for 862 yards and four touchdowns. In addition, he ranked 11th in the nation for punt return yards in 2020.

However, Page has not played football since the 2020 season. Because of the COVID-19-shortened year, all NCAA athletes received an additional year of eligibility, but Page chose not to return to the program in 2021.

That will also be the case in 2022, but he will be back on the gridiron. After a season away from the gridiron, Page entered the transfer portal earlier this spring and garnered interest from a few programs across the country.

Ultimately, he ended up committing to App State for his final year of college football.

When people started to report on his decision, they listed him as a former three-star recruit. That is true. He was a three-star receiver.

But Page hilariously pushed back on his “star rating” and declared himself as a five-star human with five-star character.

I have 5⭐️ character tho https://t.co/les7VTxPkt

Ultimately, football will come and go. Page’s career will end after this year, at least on the collegiate level. Knowing that, he has the right idea. Having five-star character will go well beyond the gridiron.