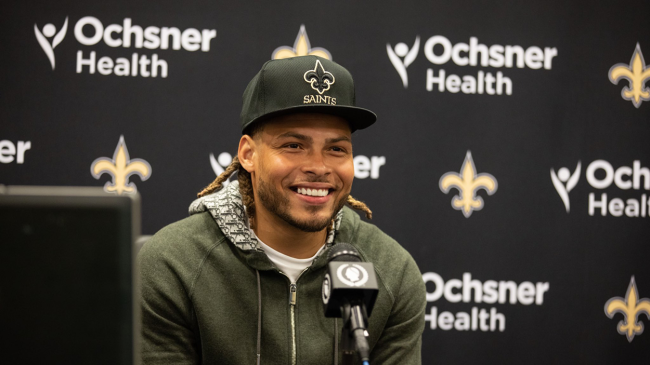 The newest member of the Saints is coming home. Tyrann Mathieu recently signed a lucrative contract with New Orleans and the financials include a hilarious, unintentional dig at his new NFC South rivals.

Mathieu, who was born and raised in The Big Easy, was a four-star recruit out of Saint Augustine High in the Seventh Ward area of the city. He chose to stay close to home and attended school at LSU, became a Heisman Trophy finalist and won a Cotton Bowl and an SEC Championship in the process.

Since then, Mathieu was drafted in the third round of the NFL Draft, was named a three-time First-team All-Pro and won a Super Bowl. He began his career with the Arizona Cardinals, spent time with the Texans and Chiefs, and is now the newest member of the Saints.

The 29-year-old signed a three-year contract with a two-year team option attached. Here is the financial breakdown of his deal:

The most notable number of the deal is the total value. It has a hidden, unintentional dig at Atlanta, New Orleans’ biggest rivals.

Back in 2017, the Falcons took a 28-3 lead over the Patriots in the third quarter of Super Bowl LI. From that point on, Atlanta did not score again and New England completed the largest comeback in Super Bowl history to win.