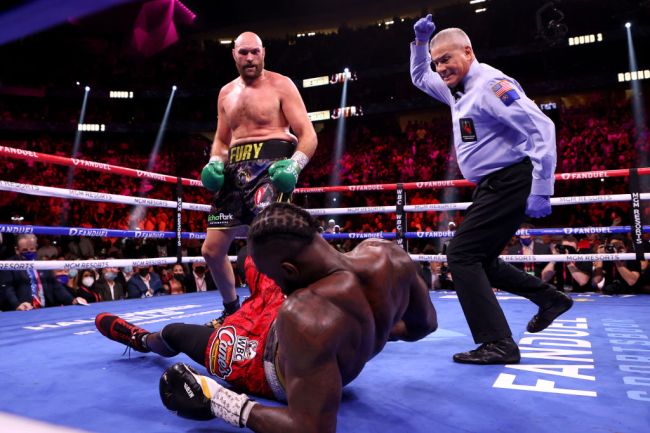 Tyson Fury beat Deontay Wilder is one of the greatest heavyweight fights in history but the Gypsy King claims his opponent wasn’t gracious in defeat.

On Saturday night, Fury knocked out Wilder in the 11th round in an epic back and forth fight.

During his postfight press conference, Tyson Fury revealed that he went to shake Wilder’s hand after the fight and was rebuffed.

“We fought like two warriors and I went over to shake his hand and say well done and he was like, no I don’t respect you. How can you say I’ve cheated when you know in your own heart, and your whole team knows that you got beat fair and square, he’s just a sore loser in boxing, I’m sure he’s not the first one and he won’t be the last one”