Tyson Fury Responds, Very Nicely, To Deontay Wilder’s Weak Excuse About His Costume Being Too Heavy 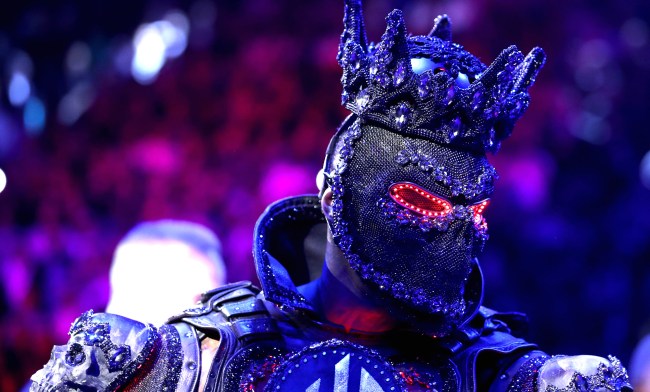 Following his seventh-round TKO loss To Tyson Fury for the WBC heavyweight title, Deontay Wilder was full of all sorts of excuses. None, however, were more incredulous than his claim that the 45-pound costume he wore for his ring walk was to blame for his legs being weak.

That excuse became all the more absurd when a resurfaced clip from 2018 showed Wilder claiming, “I wear a 45lb vest during all my exercises and everything that I do, to have that extra weight on me.”

It was that clip that Tyson Fury seized on when discussing Wilder’s excuse Wednesday morning during an appearance on ITV with his wife Paris.

“He said that he trains in a 45-pound weighted vest every day … I can understand where he’s coming from,” said Fury. “In every fighter’s mind there’s got to be a reason why they’ve lost. It can never be the simple fact of ‘I wasn’t good enough on the night and lost to the better guy.'”

He continued, “It’s always got to be, ‘the camp was wrong, it was the trainer’s fault, it was my suit, it was me toe,’ it was always something a problem. See, with me, if I’m injured or whatever the problem is, it’s like, ‘Okay, the performance wasn’t great but I’m going to move on and crack on.'”

He’s being too kind.

The discussion also made its way to how much longer the 31-year-old champion thinks he will continue to box.

“I’ve got two more fights left and then we’re really think about what we’re going to do from there,” Fury said. “How long does a piece of string go on? I’m undefeated in 31 professional fights, this is my 12th year as a professional. I’ve already been the undisputed heavyweight champion of the world. When I beat Klitschko I had all the belts, so as far as I’m concerned Anthony Joshua just has my leftovers. I never lost those belts, I had to take time out to deal with mental health issues, so they’re my belts. Until a man is defeated in a boxing ring, how can you pretend to be the champion?”

As for what he will do once he retires, Fury, who has been very open about his mental health struggles, replied, “I’m opening up a local boxing club now, where I’m in the process of doing it. Like I had a chance when I was a kid to walk in a boxing club and become who I am today, then can give someone else the chance to do the same thing because you never really know what a child can achieve when given an opportunity.”