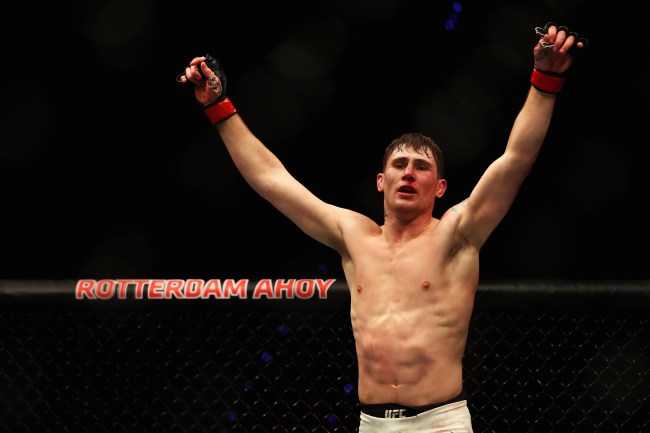 UFC welterweight Darren Till was dancing with the devil prior to last Sunday’s bout against Stephen Thompson at UFC Fight Night 130 in Liverpool. Till (17-0-1 MMA, 5-0-1 UFC) was heavy by 11 pounds just 48 hours before the match and did everything he possibly could to cut it in time for the match.

Till was 3.5 pounds overweight for the fight and had to forfeit 30 percent of his fight fee to his opponent, but it wasn’t for lack of trying. The 25-year-old fighter from Liverpool went to dangerous lengths to shed the weight–from severe dehydration to sleep depravation to starving himself to giving himself an enema.

The insane lengths he put his body through caused him to momentarily go blind, among other ridiculous side-effects of nearly killing yourself for sport.

Check out the video below:

Mike Mazzulli, head of the Association of Boxing Commissions and director of the Mohegan Tribe Department of Athletic Regulation, was not happy after seeing the video above.

“I was appalled seeing seven people sit there and push this kid to the point where he lost his vision. They should suspend those corner people that tried to help him cut that kind of weight.”

“You’re going to be sitting there with a girlfriend, with parents, who lost their kid to something so stupid, for no apparent reason. What’s going to happen is you’re going to have a mother and a father losing their child over weight-cutting to fight—not in a fight.”

Despite being a few pounds above weight, forfeiting some cash, and nearly killing himself, Till went on to defeat Thompson via a unanimous decision for the biggest win of his pro career. SILVER LINING!