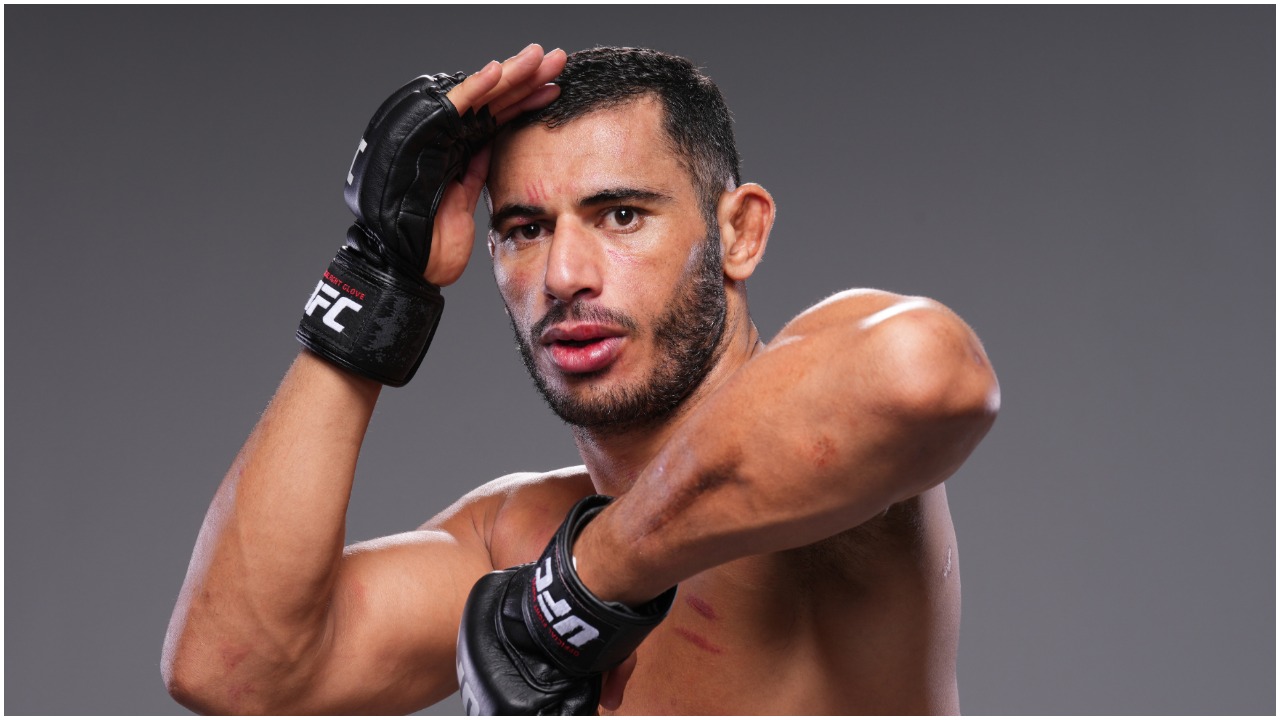 UFC fighter Mounir Lazzez thought it was a good idea to shout out an alleged mob boss on national television and wasn’t happy when a reporter asked him questions about it.

Earlier this week, Daniel Kinahan, who has multiple ties in the boxing and MMA world, was named by the US government as a key figure in the Irish-based drug trafficking network The Kinahan Organized Crime Group.

The US Treasury Department sanctioned Kinahan, forbidding anyone in the US from doing business with him, and placed a $5 million reward for any information leading to Kinahan’s arrest.

Yesterday, boxing adviser Daniel Kinahan was sanctioned by the US Treasury. Officials stated that Kinahan "is believed to run the day-to-day operations of the KOCG [Kinahan Organised Crime Group]."https://t.co/gGT2Kdklg7

After his fight on Saturday, Lazzez bizarrely thanked Kinahan live on ESPN, which raised some eyebrows among MMA fans.

I would love to thank my coaches and my brother Daniel Kinahan, without him I would never be the man who I am today…#UFCVegas51 pic.twitter.com/WwfqFuujv5

During his postfight press conference, Lazzez was grilled by reporter Alan Dawson, who kept a close eye on the Kinahan story for years.

Mounir Lazzez was asked about his #UFCVegas51 post-win shoutout of suspected Irish mob boss Daniel Kinahan, who was sanctioned by the U.S. government and had a $5 million bounty placed on his head this week.

Here's what he had to say: pic.twitter.com/Vsf0JTcrhX

“That man is a friend and advisor,” “He’s the one who picked me up every time life would kick me down. He’s a real man of his word and, you know, he’s the one who teached me what does it mean, real family, real friend. It’s someone I cannot thank him enough for where I am today and who I am today.

“He teached me the real manner, he teached me how to be responsible in my family and my friends and my close ones. That’s why I said that. All the shoutout and credit to him.”

Lazzez denied that he knew that the serious allegations made by the US government against Kinahan.

“No, I don’t know that,” “I think I’m here to entertain people and I say I give the credit to whoever deserves credit. I’m not involved in this kind of stuff and I don’t know about it and I will investigate how it is and how to go.”

I asked 3-4 questions all regarding Daniel Kinahan and why he name-dropped an alleged cocaine baron and reported figurehead of a criminal organization in his post-fight victory speech.

His team at the back were shouting to move on. https://t.co/9zLowFQrgd