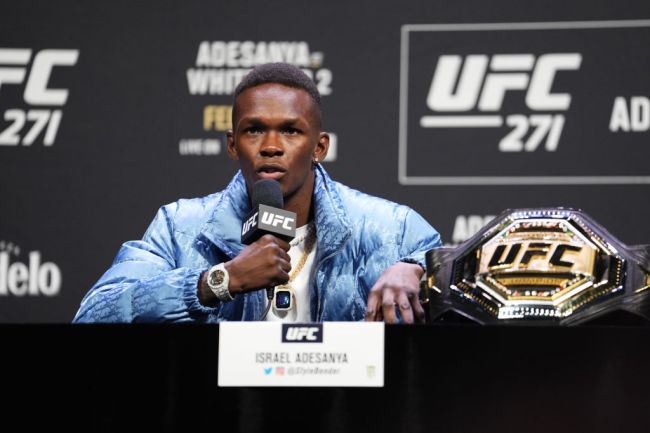 Joe Rogan has found himself in hot water recently, but UFC middleweight champion Israel Asedanya has got his back.

Last week, Rogan issued an apology after someone made a highlight clip of every time he used the N-word on his podcast.

Joe Rogan apologizes for resurfaced podcast clips of him using the N-word.

During Thursday night’s UFC 271 pre-fight press conference Adesanya went out of his way to defend Rogan amid the N-word controversy.

“Hold up. I’m Black. I can take this one. Look, there’s a lot of c*nts in this game. There are a lot of snakes in this game. I’ve been in this fight game since 2008. Joe Rogan is one of the nicest, coolest, humble motherf*ckers I’ve had the pleasure of working with. Understand that.

“F*ck the noise. You know what they’re trying to do. You can’t control the man. He’s got the biggest platform in the world right now. That’s my n***a Joe Rogan. F*ck the noise. … Just keep doing you, Joe. Have some mushrooms. Keep doing you.”

Despite all the backlash, Rogan is announce UFC 271 this weekend.