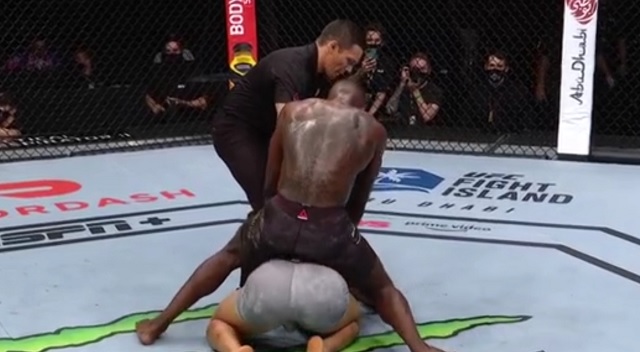 Paulo Costa has finally seen a replay of what went down after his fight at UFC 253 and he’s not happy.

On Saturday night Israel Adesanya easily beat Costa via a second round TKO and after the fight he disrespectfully humped his opponent before the ref was able to pull him off of him.

Adesanya beat this man and then humped him 😂😂😂😂. #UFC253 pic.twitter.com/xOXKFTGZ9A

On Monday an angry Costa took to Instagram to call for an immediate rematch against “human trash” Adesanya.

“I come here to talk about the action that the human trash did after our fight,”. “I didn’t see when I was there in the cage but I saw now. I disapprove 100 percent. To me, this is [personal] now. Nobody will stop me. Nobody can stop me.

“I want my rematch. You know I am waiting for you. Something happened before the fight, I’m not [making] excuse here to my people, to my fans but I will be 100 percent to fight him and to make him pay. That’s my words. Save my words.”