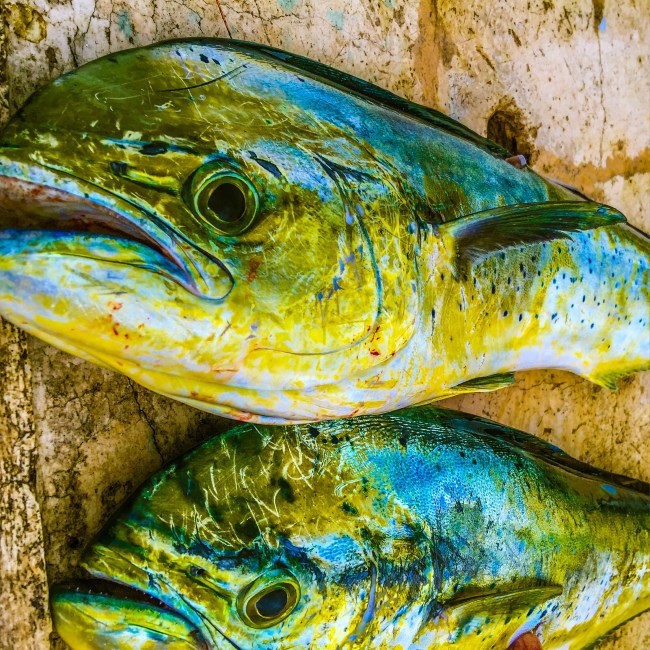 Presented in partnership with Frē Pouches

The only thing in life that will get me up before 4am with a smile on face is fishing. Knowing that I’ll be at the spot with tight lines at sunrise makes getting up before worth it. Due to the nature of this article, the ultimate American fishing bucket list, I’ll need to do a little self-bragging to talk about the fish I’ve caught and the ones I still want to catch.

I’ve been fishing for longer than I can remember. Truly, there are countless pictures of me as a child holding a fish when I was so young I didn’t even have long-term memory developed yet. Every weekend of my childhood in Florida was spent chasing snook, redfish, and tarpon. Except when the water-cooled down and we’d head offshore to chase down kingfish. My very first job was as a mate on a charter boat that specialized in catching kingfish.

From our sponsors: Frē pouches are the latest innovation in the nicotine pouch market. Offering superior quality, tobacco-free pouches that are packed with power and flavor, Frē leaves customers satisfied. Each tin contains 20 pouches, with 9 and 12 mg options for each of the five flavors: Wintergreen, Mint, Mocha, Lush and Sweet. Try one while you’re out on the lake, at home working, or take one for the road – a feeling of freedom and satisfaction should be accessible anywhere. Frē is currently offering 30% off on all products with the code: BROBIBLE. 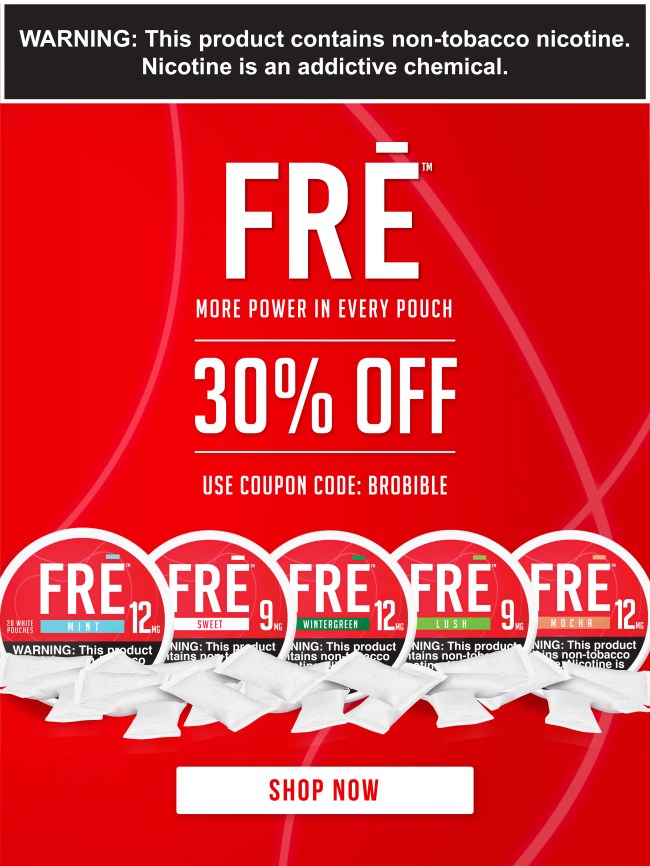 In the Summers, my family would go to The Adirondack Mountains in upstate New York where I learned to catch Brook Trout on the fly and with spinning tackle, and we’d go after smallmouth bass and pike. My cousins wouldn’t tell me where to catch Lake Trout or I’d have been all over there too.

There are A LOT of species I’ve never caught and places I’ve never fished but my goal in life is to catch them all. So I thought I’d lay out an American Fishing Bucket List for any guys out there who want to do the same.

The American Fishing Bucket List I’ve compiled is broken out by state/location and species. The list includes not just fish you might’ve caught before but the iconic locations where catching those fish might make it a little more special. 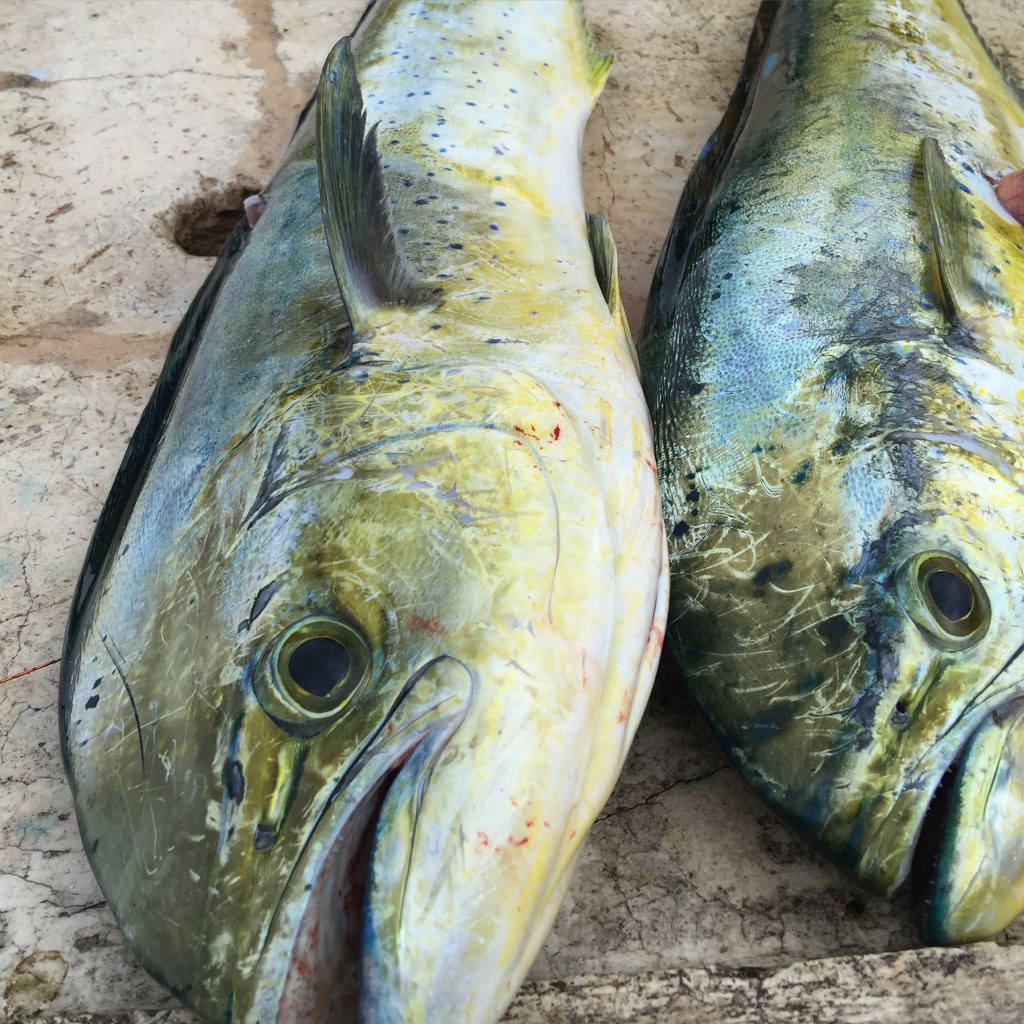 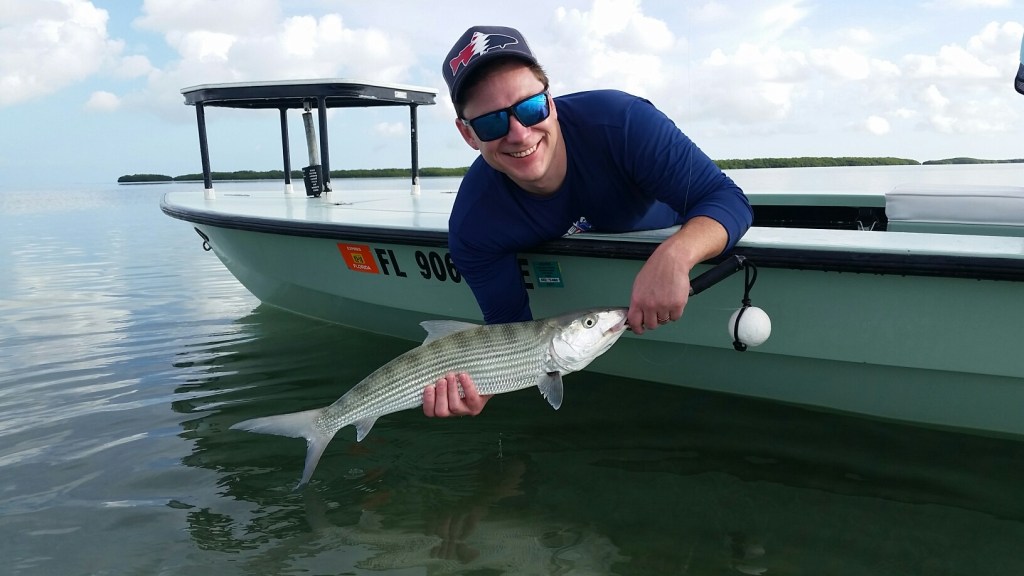 The Florida Keys is the sportfishing capital of the world. You can stay inshore and catch a grand slam of Tarpon, Bonefish, and Permit within an hour before swapping boats and running offshore to tackle every major pelagic species in the ocean.

For the best chance at catching a daytime swordfish, you’ll want to look up Capt. Nick Stanczyk at Bud N Mary’s marina in Islamorada. He is the literal #1 swordfish captain in the world and tags more swordfish each year than any other fishing guide on the planet. For inshore, I caught my first-ever bonefish with Capt. Mike Makowski and it was a beast! We then chased tarpon and permit, all within minutes of leaving the dock. It’s a fisherman’s paradise.

As is the case with every type of fishing, the target species will vary depending on the season. Except unlike everywhere else in the United States, you can target the same species year-round it’s just easier at some times than others. Sailfish in the Winter, Tarpon in the spring.

It took me way too long to go fishing in the backcountry of The Florida Everglades. I actually came across a viral video posted by Capt. Jimmy Wheeler who owns and operates Everglades Fishing Co., the premier bait shop in Everglades City. This is more of a fishing bucket list destination than needing to catch a specific species there. But you’ll be able to catch tarpon, snook, redfish, cobia, goliath grouper, trout, sharks, rays, snapper, and a hundred other species. 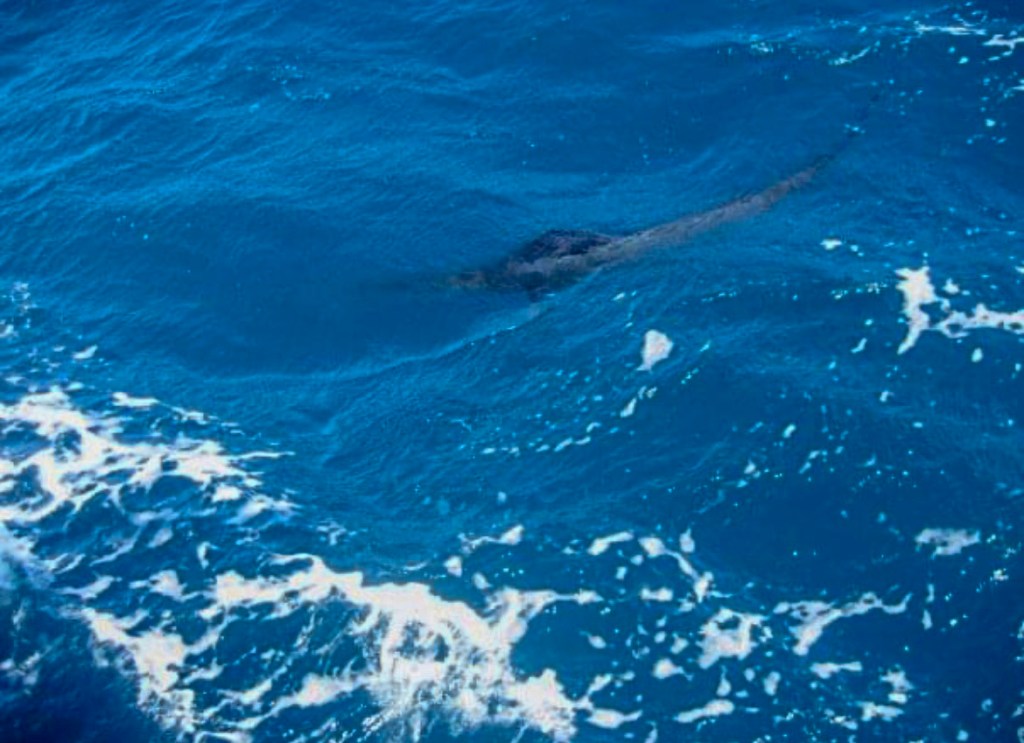 I caught my first Atlantic Sailfish fishing out of Lighthouse Point in Boca Raton. I used to fish tournaments over there with friends back in college where we’d target sailfish, wahoo, and tuna. If you want to give yourself the best chance to catch an Atlantic Sailfish then show up anywhere from Boca Raton to Islamorada somewhere around New Year’s Eve and wait for the water to get a little choppy.

The Peacock Bass is a species that most people associate with South America and the Amazon but you can actually catch these all throughout Miami, Florida. You can target them on your own in the lakes or canals or look up a local guide who will put you on the fish in no time. If you think Largemouth and Smallmouth Bass fight like hell then you’ll LOVE the Peacock Bass as well with a powerful fight and vibrant tropical colors.

I couldn’t move on from the Sunshine State without calling out the bass fishing capital of the world, Lake Okeechobee, the 8th largest freshwater lake in America and the largest lake in Florida. The record Largemouth Bass caught in Lake Okeechobee weighed 15 pounds and 5 ounces. It’s very common for anglers to catch bass weighing between 5-10 pounds. So if you’re looking for a trophy Largemouth Bass and you’re already in the state of Florida then this is your spot. 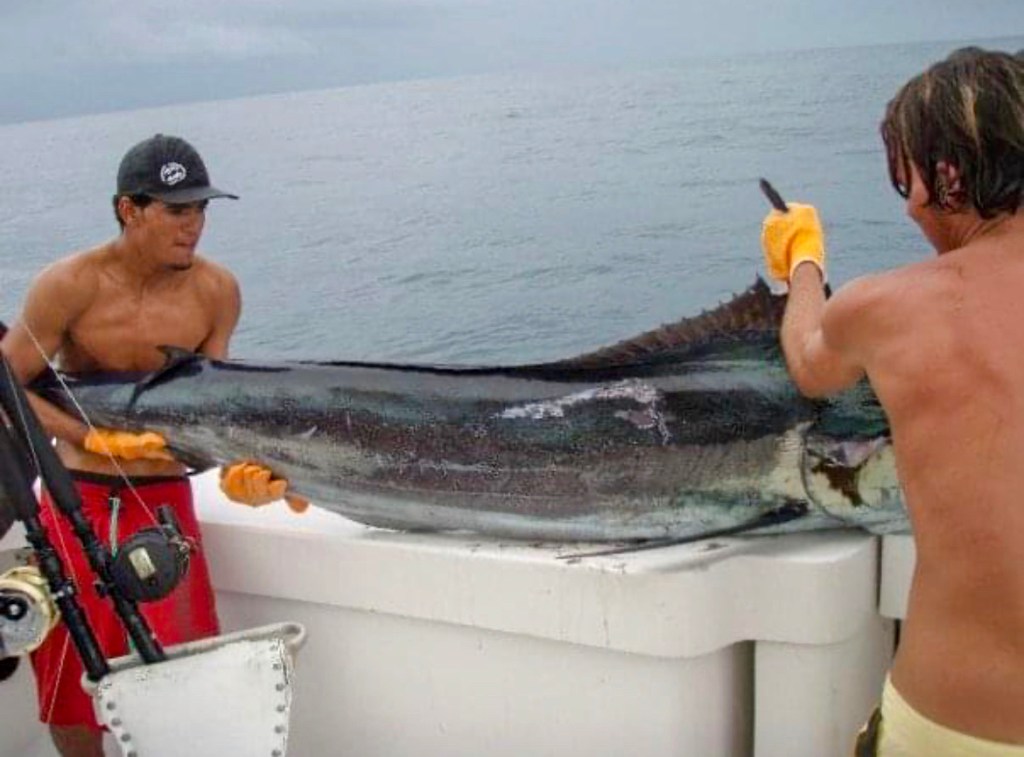 For anyone looking to catch every species of billfish on the planet, Hawaii is the place to start. In one day, you can catch a Pacific Blue Marlin, Striped Marlin, Black Marlin, Broadbill Swordfish, Pacific Sailfish, and a Broadbill Spearfish. Not to mention Wahoo, Mahi Mahi, Yellowfin Tuna, Bigeye Tuna, and Skipjack Tuna amongst other gamefish.

The key species in that list above is the Broadbill Spearfish. There aren’t many places you can catch that species AND the others. One of the most coveted records in sportfishing is catching every species of billfish in a calendar year (and the fastest) and Hawaii is always the place to start. 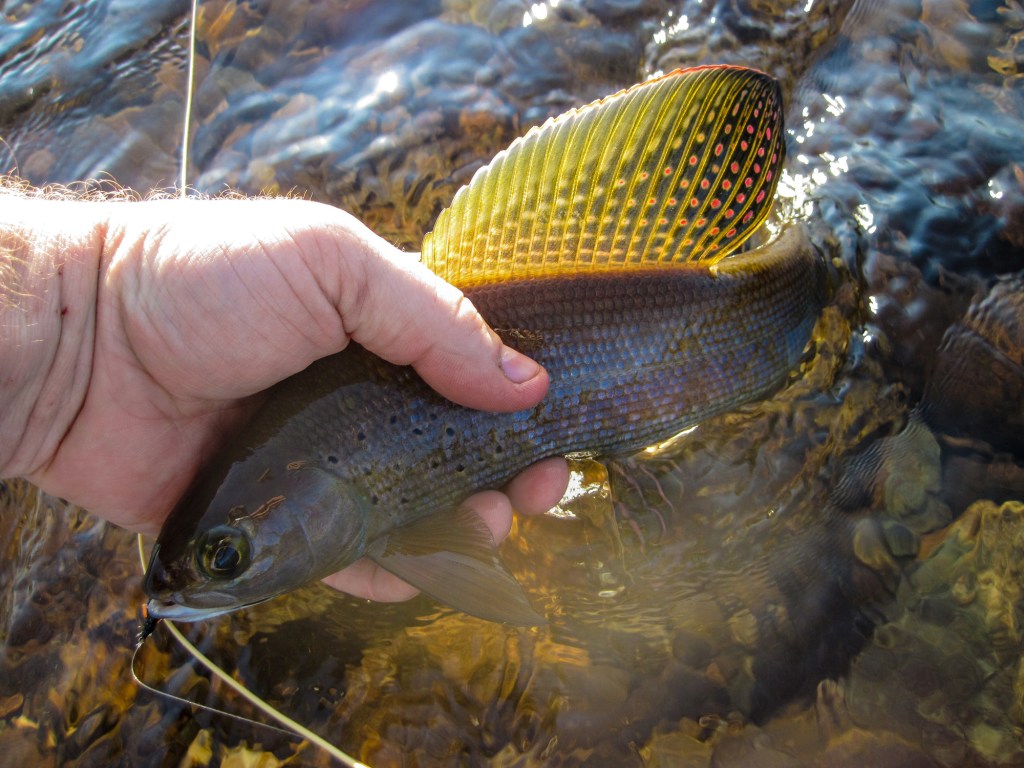 Montana is truly one of the most stunning places on planet earth. They try their hardest to keep it a secret by jacking up flights to Montana to insane prices but we know what’s going on there. It is one of two states in the USA where you can reliably target the Arctic Grayling, a fish that’s so beautiful pictures don’t do it justice. It can display the most vibrant shades of purple and has a gorgeous ‘sail’ on its back. 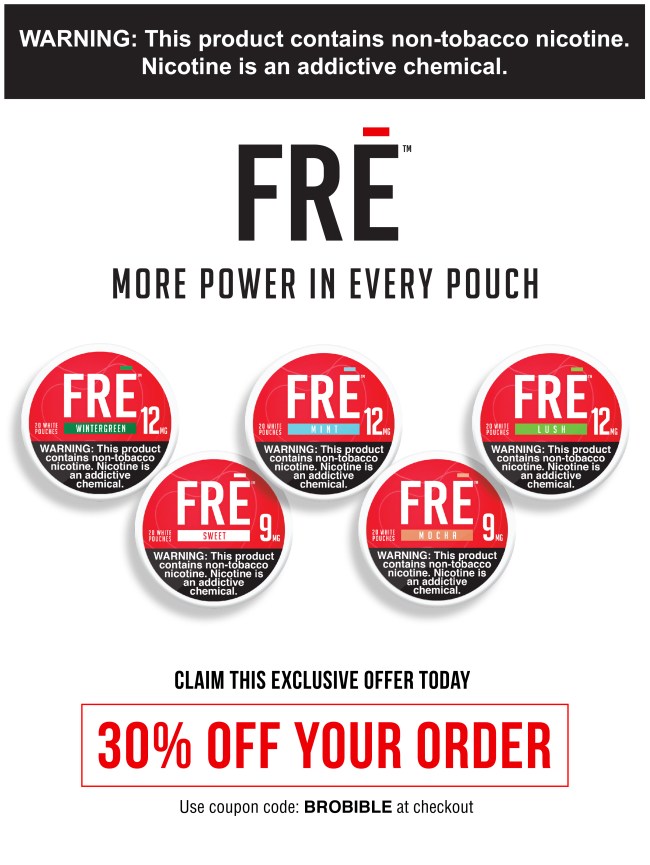 Of course, once you’ve notched the Arctic Grayling off of your fishing bucket list you can go after Brook Trout, Brown Trout, Golden Trout, Rainbow Trout, two species of Cutthroat, Lake Trout, Kokanee Salmon, Chinook Salmon, and more. Montana is at the top of the freshwater fly fishing bucket list and for good reason. 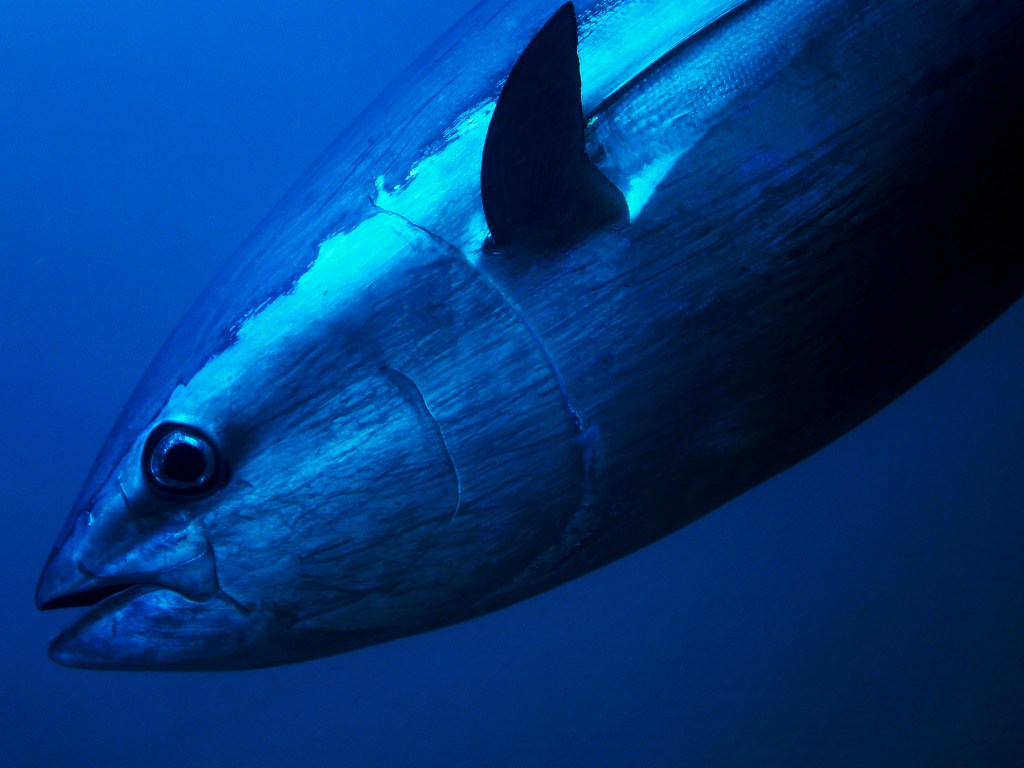 Fishing in Rhode Island offers magical views if you’re inshore chasing stripers. One of the best (and worst) days I’ve ever had on the water was in Newport, Rhode Island chasing Striped Bass all day while doing very minimal catching. You’re treated to these stunning views of iconic American mansions and Team USA sailing while reeling in stripers.

Then you jut offshore to target Giant Bluefin Tuna and Swordfish. I’ve never caught a Giant Bluefin (or any Bluefin) and it’s currently at the top of my list of saltwater target species that I haven’t caught yet. Imagine reeling in a 1,000-pound muscle that’s shaped like a football and mad as hell. Tuna are built different and they know it. I don’t have a fishing guide recommendation for you in Rhode Island but I’m sure they won’t be hard to come by online. 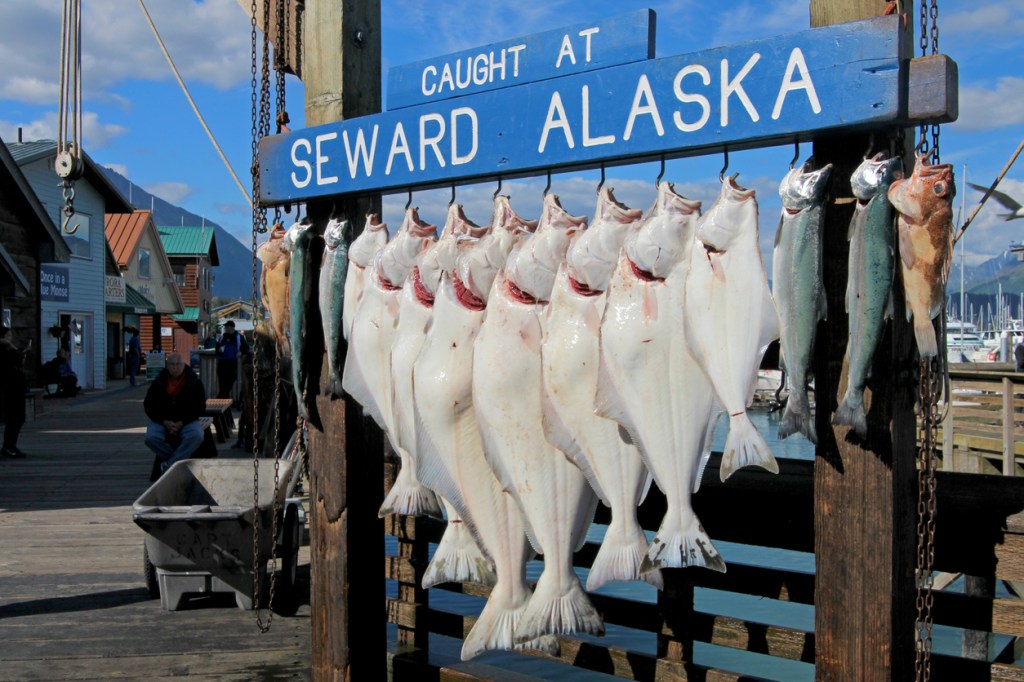 I’ve never been to Alaska and that’s a sore subject in my life. It’s the land of unbridled wilderness where you can catch countless trophy species. They’ve got a native species of rainbow trout that survives in the saltwater! Where else in the world are you going to catch rainbow trout in saltwater?

At the top of my bucket list in Alaska is a massive Halibut followed by Arctic Char, Lamprey, Lingcod, Pike, Chinook, Chum, Coho, Pink, Sockeye Salmon (I really, really want to catch a red Sockeye), Sculpin, all of the species of trout, and the countless other gamefish Alaska offers.

The thing about Alaska isn’t just that you can catch all of these fish it’s that you’re surrounded by pristine wilderness, fishing all alone, and soaking in the most stunning views on God’s green earth. Every diehard fisherman (myself included) owes it to themselves to visit Alaska once and I hope my first trip comes sooner rather than later.