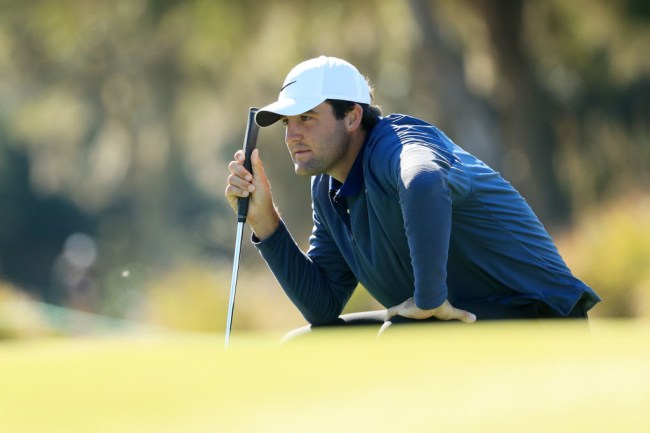 A new year of golf is fast-approaching and while the casual fan knows plenty about the Tiger Woods, Brooks Koepkas and Dustin Johnsons of the world, I thought it would be fun to look at five golfers the casual fan needs to know more about heading into 2020.

These are five golfers, in no particular order, that could turn heads in a major way in the new year.

Of the five names on this list, Morikawa is probably the most well-known thanks to his win at the Barracuda Championship in July. The 22-year-old made his professional debut at the RBC Canadian Open with a T-14 finish and followed that up with Top 5 finishes at the 3M Open and John Deere Classic. He’s made the cut in all nine of his professional starts included the win and four Top 25 finishes.

The name of the game for Morikawa is his elite iron play. The Cal product is a ball-striking machine and with a win already under his belt, it’s clear to see that big things are coming for him. He gets looped into the Matthew Wolff and Viktor Hovland group as the trio turned pro and burst onto the scene around the same time, but don’t let him be the overlooked player of the bunch.

It may not make much sense to call a 24-year-old a veteran of the game, but Janewattananond’s situation is unique as he turned professional at just 15-years-old back in 2010.

The Thailand product recently picked up his sixth win on the Asian Tour at the Thailand Masters but burst onto the scene from a North America standpoint at this year’s PGA Championship where he finished 14th. He sat in a tie for second heading into the final round.

While he’ll likely continue the majority of his play on the European Tour and Asian Tour, we’ll still see him at major championships and WGC events throughout the year. As the No. 40 player in the Official World Golf Rankings, he’s played his way into the Masters as the Top 50 players in the world as of Dec. 31 get the automatic invite.

The 32-year-old absolutely dominated the Korn Ferry Tour in 2019 with two wins, seven Top 10’s and a whopping 10 Top 25 finishes in 22 starts which locked up the top spot in the year-long standings. He is a birdie machine as he led the Korn Ferry in total birdies with 366 en route to a scoring average of 69.46.

He teed it up in eight PGA Tour events in 2019 as well picking up a T-7 finish at the Safeway Open and a T-4 finish at the Houston Open.

If he rolls into 2020 with the same form he showed last season, be on the lookout for his name on plenty of leaderboards throughout the year.

The Korn Ferry Tour Player Of The Year is coming in hot after earning his PGA Tour card after two wins and 10 Top 10’s in his 20 events. The 23-year-old Texas product had a great run on the Fall schedule as well with three Top 10’s in seven starts on Tour.

This is also a guy that qualified for the U.S. Open twice as an amateur and was low amateur at the 2017 U.S. Open finishing T-27.

Much like Morikawa, Scheffler is a world-class ball-striker and is a greens in regulation machine. He showed off his all-around game throughout 2019 seemingly taking that next step in becoming a household, regular name on the PGA Tour for many years to come.

The 23-year-old Scottish man played at McNeese State from 2014 to 2015 before turning professional in 2017. After a strong 2018 season on the Challenge Tour in Europe, Macintyre burst onto the scene in 2019.

His standout finish came at The Open where he finished T-6 at Royal Portrush in his major championship debut.  He finished the year with nine (!!!) Top 15 finishes on the European Tour. He was the top rookie on the Race to Dubai standings finishing 11th which earned him rookie of the year honors. As the No. 64 player in the world, he’s the top player in Scotland.

While he’ll be playing the majority of his golf across the pond in 2020, you should be seeing his name toward the top of leaderboards whenever you turn to Golf Channel to catch European Tour action throughout the year. I also wouldn’t be shocked to see his name come up around Ryder Cup selection time as well if this form continues.