University Of Alabama Already Has Over 500 New Cases Of COVID; Saban Says Football Not About Money 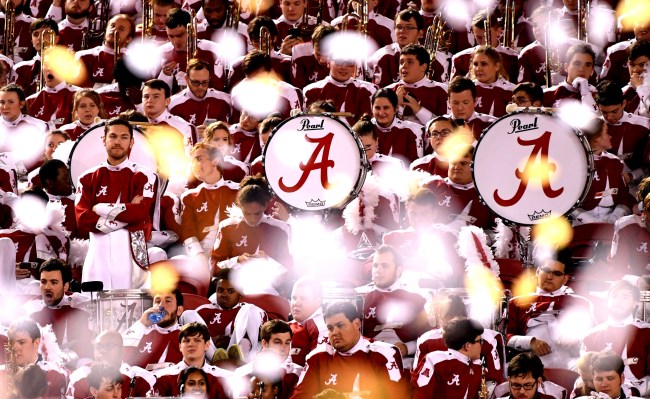 The University of Alabama began its fall semester, with students on campus, on Aug. 19. During the student re-entry process 311 were diagnosed as having COVID-19.

This report came just six hours after the City of Tuscaloosa announced it would be shutting down all bars and bar service at restaurants for the next two weeks, according to AL.com.

“Without this intervention and the supportive measures of our partners in Student Life and the city, our epidemiology and medical teams feel we will be at risk for even further consequences in the coming weeks,” said Dr. Ricky Friend, dean of the University of Alabama College of Community Health Sciences.

Alabama president Stuart Bell tried to deflect the blame for the number of people on campus who have become infected away from the student body.

“Our challenge is not the students,” Bell said on Monday. “Our challenge is the virus and there’s a difference, folks. What we have to do is identify where does the virus thrive and where does the virus spread and how can we work together with our students, with our faculty and with our staff to make sure that we minimize those places, those incidents. It’s not student behavior, OK. It’s how do we have protocols so that we make it to where our students can be successful, and we can minimize the impact of the virus.”

Of course, none of this is slowing down the Crimson Tide’s college football season.

During a media session with reporters Monday night, Alabama head coach Nick Saban reiterated that he thinks the college football season, at least in the SEC, should still be held.

"We want to play for the players"

– Nick Saban today on working hard to trying to have a season in 2020 pic.twitter.com/UuxzJGPcdN

If it’s not about the money, why then is Saban, who makes $8.9 million a year, one of the biggest name coaches to not take a pay cut during the pandemic?

That’s because, let’s get real here, it is, in fact, all about the money.

In fairness, Saban has at least on the surface tried to get people in and around the University of Alabama to adhere to social distancing guidelines.

That being said, at what point does it become not feasible to still allow over 20,000 fans, plus players, coaches, officials, and other staff congregate for five home games in Bryant-Denny Stadium?

If it’s not about the money, then perhaps they shouldn’t allow any fans at the games, just to be safe? Yeah, right.