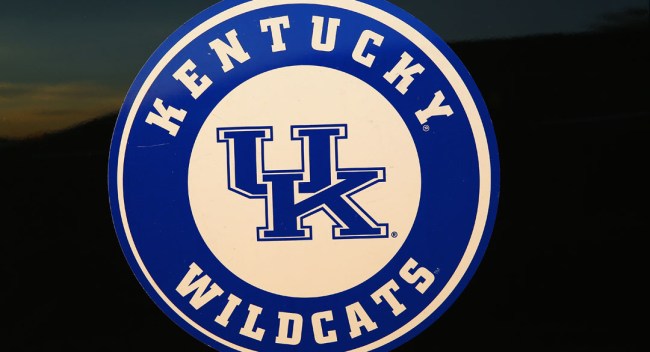 College baseball in the SEC is serious business. 13 of the 14 teams in the conference have at one point or another made it to the College World Series, including its newest members, Missouri and Texas A&M. That’s how competitive it is.

The one team who hasn’t made it to the College World Series yet, the University of Kentucky, is now making a move to become even more competitive when it comes to scoring the best high school baseball recruits. And that move is the school’s brand new $50 million baseball stadium, which players got to take a sneak peek at this past Saturday.

Our guys were blown away by their new home and beyond grateful to everyone who has made it possible. #WeAreUK #FAMILY pic.twitter.com/jpQJUJFrpG

Construction is still ongoing in some parts of the stadium, but what the players saw on Saturday blew them away.

“After going to five SEC stadiums last season, this is better than all of them,” said sophomore pitcher Carson Coleman, who averaged 14.4 strikeouts per nine innings in 2018. “(The coaches) kept saying it, and of course you have to wait until you see it, but this is insane. This place is unbelievable. It’s going to be great for the program. It’s really awesome.”

The new stadium will have permanent seating for around 2,500 fans with additional space on grass berms to accommodate a total of more than 4,000 fans. Temporary bleachers can also be installed for NCAA Tournament games to take seating capacity up to over 7,000. There will also be new suites and a new club area for fans.

"This is 20 times bigger and better than I dreamed. It's spectacular."

The first reviews are in and the reality far exceeded to expectations ➡️ https://t.co/QoHdJBnDJl pic.twitter.com/kHwduWVSIo

Other new additions include hitting and pitching areas under the stadium, as well as raining rooms that will rival any school in the country.

“Being a former coach, the first thing I think of is recruiting,” said former Kentucky baseball coach Keith Madison. “When a 14, 15, 16 year old young man comes in here with his family and sees this, it’s going to blow them away.”

How is it possible a $50 million stadium can be even more amazing than you dreamed? Take a walk with our guys as they saw it for the first time last night and you'll see! #WeAreUK pic.twitter.com/DgBSxVUr48

Kentucky has made it into the NCAA Tournament three times since 2012, losing in the Super Regional to state rival Louisville in 2017 in its last appearance.

BBN there's no better baseball venue than this one.. we cannot wait to play in front of you all this year ! #NewHome https://t.co/lQr2QwHGTo

Wow!!!! @UKBaseball facility has arrived and it puts them right in the mix with the ELITE ball parks in the country. Well done. What a statement by their Athletic Department! https://t.co/q8O1RT9lhP