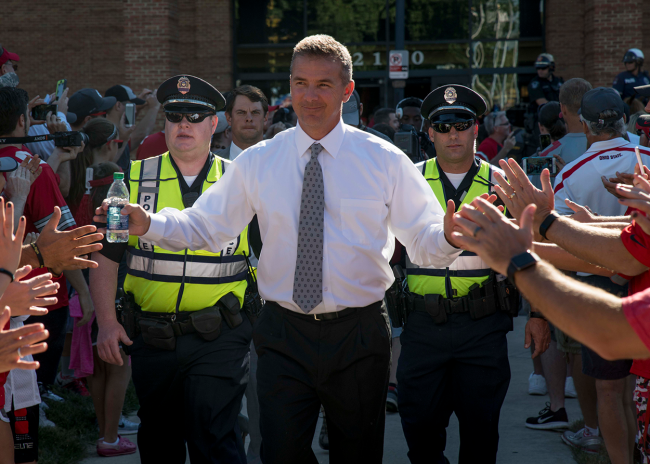 Urban Meyer is currently unemployed. Not only that, but he remains caught up in controversy after a less-than-stellar, extremely shot tenure with the Jacksonville Jaguars.

As a result, most high-level programs on both the collegiate and NFL level are avoiding Meyer. But he is still only 57 years old. There is a lot of time for him to get back into coaching.

That has led some college football fans (admittedly, I don’t really know who) to believe that Urban Meyer could return to Bowling Green.

Meyer began his head coaching career with the Falcons in 2001 and stayed there until 2003 when he left for Utah.

Meyer remains close with many of the boosters in Bowling Green and has helped the university in its fundraising efforts over the years. He even went so far as to tell Dave Briggs of the Toledo Blade that he “would do anything for Bowling Green.”

While Bowling Green would surely welcome back one of the best coaches in the school’s history, it does not sound like it is in the cards for Meyer. Briggs texted Meyer about the idea and posed the following question:

Urban, could you see yourself a few years down the road finding satisfaction back at Bowling Green (or Toledo)? Or am I completely nuts?

In response, Meyer did not rule it all of the way out. But… he ruled it out.

“Wow. What a question,” Meyer said. “I do love BG. However, I could not see that happening. We are enjoying our lives and kids/grandkids.”

Sorry, Bowling Green. As head football coach Scott Loeffler sits firmly on the hot seat, the big board of his potential replacements will not include Meyer.