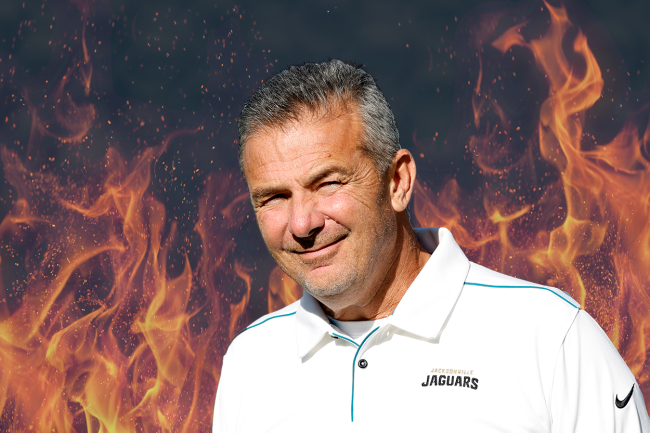 Urban Meyer’s first season as head coach of the Jacksonville Jaguars has not gone according to plan, but everybody could have seen it coming. Despite the lack of success on the field, and locker room issues off, Meyer’s job is reportedly safe.

A scathing article was released by NFL Network’s Tom Pelissero on Saturday that brought light to just how dysfunctional things really are within the organization. It was not a good look for Meyer, again.

Meyer has apparently had three major incidents in the last two weeks:

On Sunday, Fox NFL Sunday’s Jay Glazer said that he spoke with Meyer about the report. Meyer denied the incident with Jones and did not address the Robinson situation.

The 57-year-old did confirm the altercation with his staff. He was quick to defend himself, saying that he holds his staff to a high standard.

Despite the report, Glazer said that Meyer thinks he has the support of his players, his staff and the Jacksonville organization. That’s great for him, but it is extremely bizarre that he was willing to admit to such a wild encounter with his staff.

As it would turn out, Meyer is right about the support behind him.

Despite reports that he could potentially be replaced as head coach after only one season, ESPN reported that owner Shad Khan plans to stay the course with Meyer. In that report, however, it confirmed that the incident with Jones did occur, which means that Meyer is a liar— again.