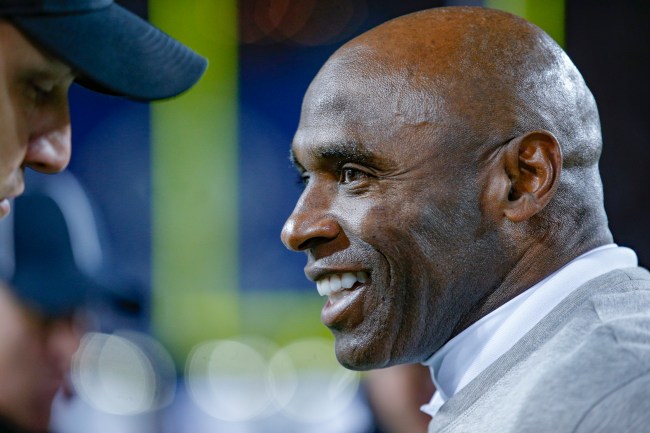 The walls are caving in around Urban Meyer right now. Not only is his Jacksonville Jaguars team an absolute disaster right now, but some in the organization may already be eyeing up his replacement.

The state of affairs in Jacksonville was already bad enough, but it has really unravelled this week. First, it was the James Robinson debacle where Meyer reportedly lied about whose decision it was to bench Robinson.

Then Trevor Lawrence, who has never been known to stir things up in the media, publicly came out in support of Robinson both to coaches and the media. Then Meter really lost it.

A report surfaced today that during a staff meeting Meyer told his assistants that he was a winner and they were all losers. He then forced each coach to explain when they had ever won. This report has people more convinced than ever that Meyer won’t be getting a second season in Jacksonville.

In fact, the latest reports on the Jaguars indicate that there is already support building for a potential replacement. In fact, it is one of Meyer’s “losers” that is getting that support to replace him.

Strong is currently an assistant head coach and the linebackers coach for the Jags. Contrary to Meyer’s statements, Strong actually does have a history of winning.

He took home 2 Big East titles as Louisville’s head coach, won 2 national titles on Meyer’s staff at Florida and another as a defensive analyst for Alabama last year.

If nothing else, Strong would at least bring quite a bit more stability to the Jacksonville Jaguars organization than Urban Meyer has as head coach.