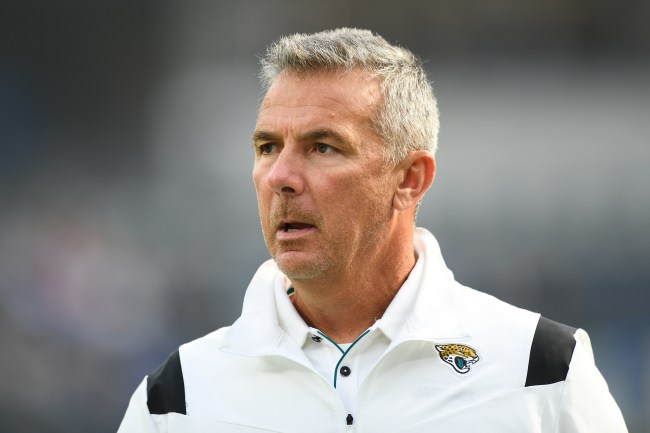 Urban Meyer’s first year with the Jaguars has been anything but successful through the first 13 games of 2021. Jacksonville was officially eliminated from the playoffs after a shutout loss against Tennessee on Sunday, and the organization is reportedly crumbling around Meyer.

Not only have there been a myriad of off-the-field issues over the last three and a half months, but apparently Meyer doesn’t even know who is on the field. As the head coach, well, that is not good.

In Monday’s press conference after the 20-0 loss to the Titans, Meyer was asked a question about one of his rookies and his playing time. He answered with a very definitive statement that was extremely untrue.

Former Syracuse safety Andre Cisco, who was recovering from a knee injury during the offseason, was drafted by Jacksonville in the third round of the 2021 NFL Draft. His stock dropped because of health concerns, but Cisco was considered a potential first-round pick at one point in time.

Cisco has since recovered from his knee ailment. He is fully healthy.

And yet, he is still not seeing time on the field. Presumably, that is by design.

Meyer was asked about Cisco’s minutes and was blatantly wrong.

“With four games still to go, obviously he’s performing great on special teams. … How do you fit [him], do you plan on—” a reporter asked about Cisco before Meyer cut her off.

In response, Meyer said that Cisco has seen more time.

“Well, Cisco’s playing a little bit more, I believe,” Meyer said. “I don’t have his numbers in front of me. But yeah, that’s a conversation.”

That is incorrect. In fact, it’s the exact opposite.

Although he played 17 snaps on special teams, Cisco saw zero snaps on defense against Tennessee. Zero.

His nonexistent playing time on defense in Week 14 came after he recorded eight defensive snaps in Week 13, two in Week 12 and 11 in Week 11. Meyer could not have been more wrong.

Meanwhile, Sean McVay literally remembers every play of his coaching career. Not a good look for an already failing Meyer.