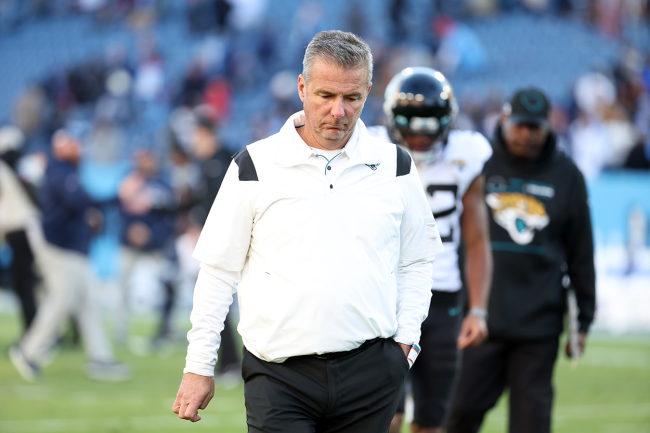 Jacksonville, to the surprise of no one, has officially been eliminated from NFL playoff contention. After the team’s 11th loss of the season, head coach Urban Meyer sounded like he was ready to throw in the towel.

The Jaguars traveled to Tennessee on Sunday and faced Meyer’s former assistant at Ohio State, Mike Vrabel, and the Titans.

It did not go well for them. Jacksonville lost 20-0.

The loss was ugly and Meyer looked completely demoralized while shaking hands with Vrabel after the game.

However, that may be the least of the concerns for Meyer and his team. Prior to the game, on Saturday, a report came out about just how bad things really are inside the organization and Meyer confirmed that some of it is true— even though all of it is true according to multiple reports.

When he was asked about the leaked information after the Tennessee loss, Meyer threatened the job of whomever is responsible and did not hold back his anger. He is enraged.

While all of this is going on off of the field, his team is absolutely terrible on the field.

The Jaguars recorded less than 200 yards of total offense and had only eight yards rushing. Eight.

After the game, reporters did not mince words and Meyer could not have appeared more dejected. He was asked about the play of his offensive line who “are getting paid a lot of money to be better than what they’ve been.”

In response, Meyer only had one word—