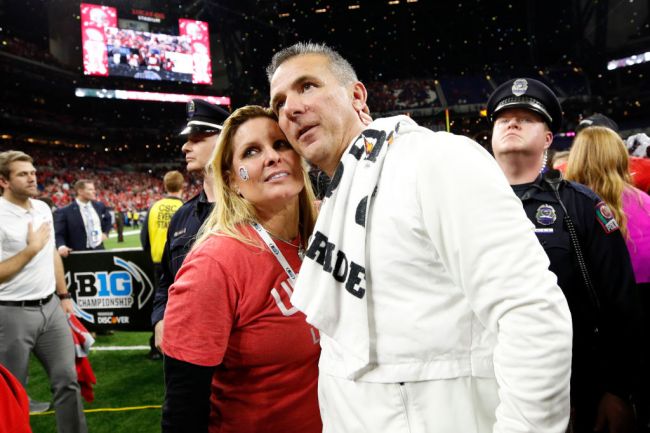 Urban Meyer’s wife, Shelley, is done. Done with Twitter, that is.

On Thursday, Shelley shared a post announcing that she would be leaving Twitter for good and explained why she had come to this decision. It’s obviously been an eventful few days for her and the Meyer family after videos of her husband getting danced on by another woman at an Ohio bar went viral.

In her note she shared on Twitter, Shelley wrote that she doesn’t “need the hate, vitriol, slander, trash” that she’s received. She also seemed to respond to her husband’s “mistakes” as she called them, writing “we all make mistakes – we are all sinner. If you think you aren’t? Then cast the first stone.” 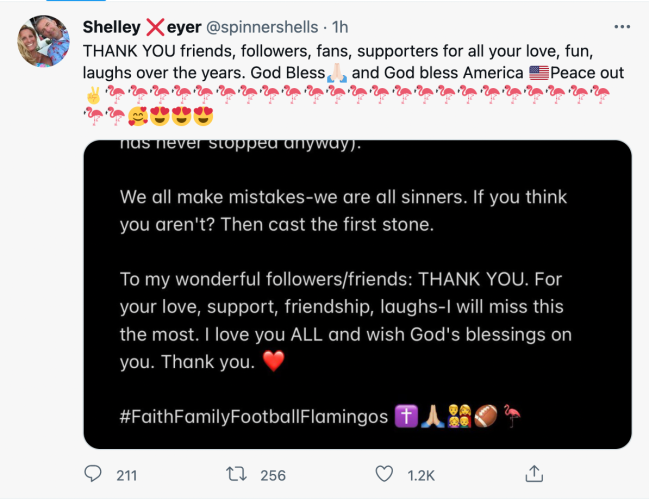 Urban Meyer has apologized publicly and to the entire Jaguars team following his actions over the weekend.

It will be interesting to see if Shelley does stay off of Twitter as she said in her post. As of now, her account is still active, so maybe she simply deleted the Twitter app from her phone. Not that it matters anyway, she’s obviously free to do whatever she wants.

The couple’s daughter, Gigi, has also spoken on the scandal at hand.

“We’ve all decided that we’re gonna move on, we’re moving on. Life is good, We are blessed, we have the most incredible family in the entire world,” Gigi said in part.

“We know my dad. and we know his character and he’s literally the most incredible person I know in my entire life and I still hold true to that truth.”

Meyer and the 0-4 Jaguars take on the Tennessee Titans this Sunday.