Joel Dahmen’s Caddie Shows Off His Hotel Room Straight Out Of A Horror Movie At The U.S. Open 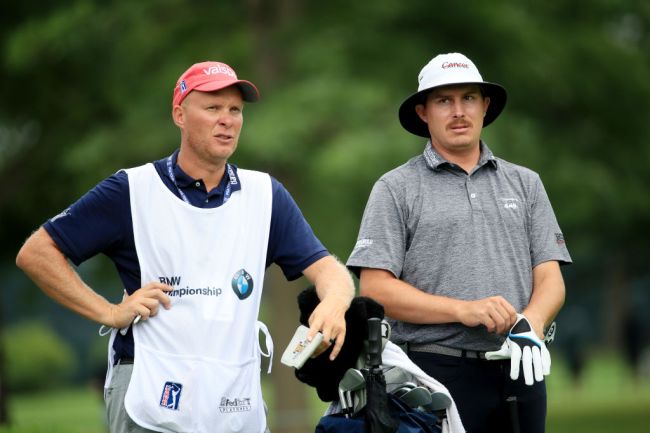 Life on the road for PGA Tour players and caddies can be absolutely brutal, even at a major championship, and even if your caddies for a player that’s made over $2 million in 2020 like Joel Dahmen.

Take it from Geno Bonnalie.

There are many things that make a major championship week in golf special. You have the game’s best players teeing it up at some of the world’s greatest courses and everything involved with the tournament gets taken up a few notches. This week’s U.S. Open at Winged Foot is no exception, but for Bonnalie, his week did not get off to the best of starts.

As he explains in his hysterical yet also kind of horrifying video on Twitter, his Airbnb canceled on him on the day he arrived at the U.S. Open. Yes, Winged Foot is less than 30 miles from midtown Manhattan, but players and caddies aren’t trying to commute back and forth to the city all week long so accommodations are likely pretty sparse in the town of Mamaroneck this week therefore a last-minute Airbnb cancelation is a big-time foul.

This forced Bonnalie to grab a room at what he calls the ‘Mamaroneck Truck Stop and Motor Inn’ and it looks like a hotel room you’d see in a movie like ‘Saw’ before you wake up the next day and have your leg chained to a pipe.

Bonnalie gave us all a full tour of the room and it really is something you have to see with your own eyes.

When your Airbnb cancels on you the day you arrive to the US Open: pic.twitter.com/1krlMq6r90

I think it’s safe to assume that if Dahmen ends up making the cut this week, he may be adding a few extra dollars to Bonnalie’s cut come Sunday evening.

The good news is that Bonnalie did make it through the night.