USA Should Be Good At Handball, But The Gold Medal Favorites Explain Why America Is So Bad At The Sport 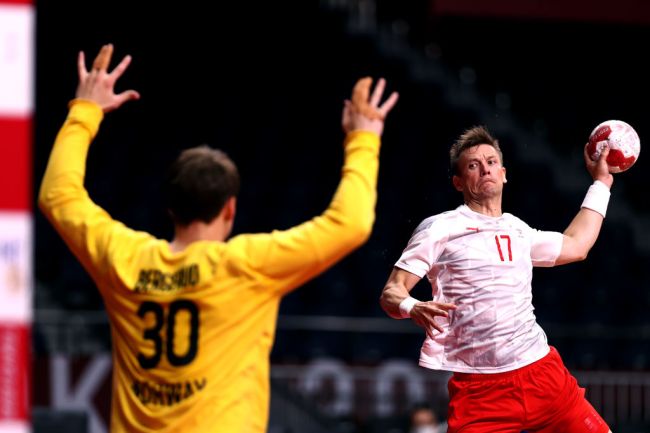 Every time the Summer Olympics roll around, any American who watches 30 seconds of handball has two thoughts: why isn’t this sport more popular in the States and how do we not win gold every four years?

It’s a sport the U.S. should be good at. We’re a country that is obsessed with ball sports, we have a plethora of freak athletes among a population of 330 million, and this sport doesn’t have anything to do with kicking a ball. Plus, the sport looks fun. It’s super fast-paced, physical, and there are plenty of strategies involved.

That’s a recipe for a sport we should dominate, but most Americans haven’t ever heard of the sport. The majority of Americans forget handball even exists until it pops up on their television for the first time in four years. ‘Oh yeah, I remember this sport, it’s awesome.’

The fact that the U.S. men’s handball team hasn’t qualified for the Olympics since 1988 and lost all six games that year doesn’t help promote the sport in the States. That fact shows that the U.S. simply is not good at handball, but why is that?

The answer is simple, really. Young American athletes are pushed to play football, basketball, baseball, and practically any other sport before they’re even introduced to handball, if ever.

Why Isn’t Handball More Popular In The USA, And Why Are Americans Bad At It?

That’s not the case for countries like Denmark, the gold medal favorites in Tokyo. The Danish national coach Nikolaj Jacobsen shared his thoughts with Yahoo Sports as to why the U.S. is no good at handball.

Denmark, a Scandinavian nation of 6 million people, has all of it. The Danes have become the dominant force in a sport that across Europe is extremely popular. The reason? “It starts in the youth,” national team head coach Nikolaj Jacobsen said Tuesday. “We have a very good foundation. We have a lot of good clubs in Denmark, who are very good in education, and good trainers. So I think it starts there.”

The foundation creates pros, who in turn inspire more future pros. “When you have a good national team, as we have,” Jacobsen said, “the young players have some idols they want to look up to.” And boom, the cycle begins to churn on its own. Success begets success, and also investment, which begets more success. And a “golden generation” of players arises.

The pattern, Jacobsen said, is “like you have in basketball” in the U.S. And it’s what the U.S. has never had in handball.

At the end of the day, American athletes gravitate toward sports they know, understand, and grew up watching. Sports media in the States doesn’t run highlights of handball matches, they spend hours each day talking about LeBron James and the latest drama with Aaron Rodgers.

Handball hasn’t caught on in the States and it’s one of only two ball sports that the Americans have never medaled in with table tennis being the other.