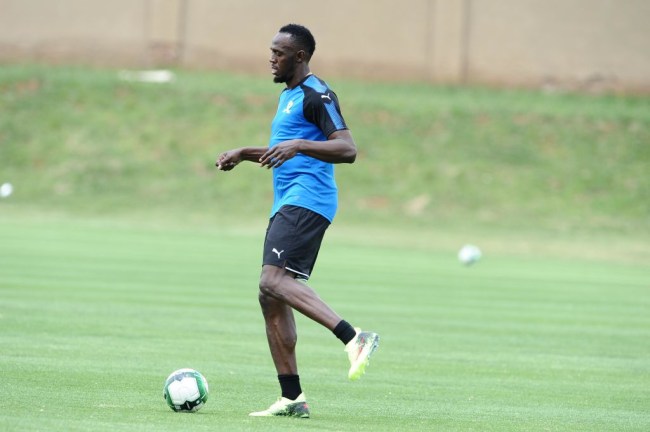 In most cases, people abandon the idea of being a two-sport athlete shortly after coming to a point in life where they no longer have to worry about what’s on their college résumé. However, there are a few exceptional individuals out there who have decided to seriously pursue more than one physical discipline despite not having to worry about impressing the members of an admissions committee.

Every sport has its various intricacies, but “run as fast as you possibly can” is an integral part of the vast majority of them. This is especially true of sprinting, which has basically no other rules besides that one. Thanks to his impressive ability to master the intricacies of such a complicated sport, Usain Bolt was able to dominate the world of sprinting for a sizeable chunk of the past decade, and it appears the track-and-field star is preparing to leave the former for the latter.

Last year, the Jamaican said his resolution for 2018 was to become a professional soccer player and claimed he had already been approached by a number of teams (who may or may not be interested trying to take advantage of the Tim Tebow Effect). Bolt was granted a tryout with German club Borussia Dortmund earlier this year, and while his official trial wasn’t supposed to be held until March, he’s apparently already found a place to call home based on a video he posted to Twitter:

I've signed for a football team! Find out which one this Tuesday at 8am GMT 👀 pic.twitter.com/iFTlWxfy7x

Be sure to check back tomorrow to see if Bolt signed to a real, actual team or is just the best player in a mobile game that uses your phone to mine cryptocurrency.