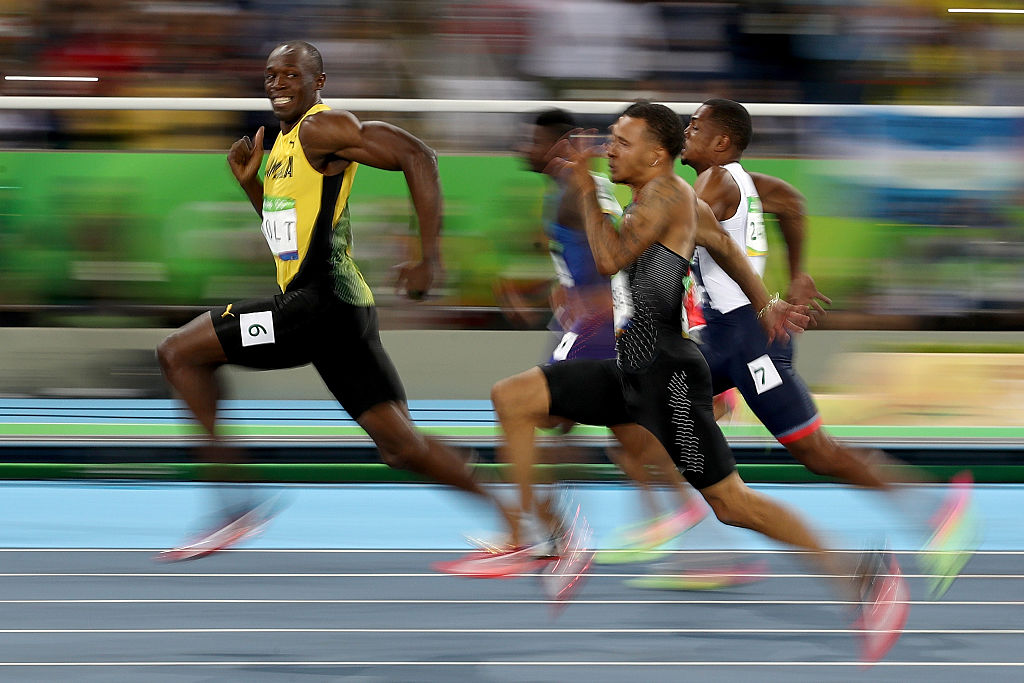 I don’t know why it feels strange to me to learn that Usain Bolt had to focus heavily on mental preparation before every race. I think it’s probably because Usain Bolt looks like the perfect athlete for his sport. If someone was to draw up the perfect sprinter it would look exactly like him. But he trained and prepped for every race harder than anyone and he has the world records to show for it.

Usain Bolt, the father of Lightning Bolt and Thunder Bolt (his actual kids’ names), recently sat down with CNBC to discuss how he prepped for races. His prep sometimes included video games and imagining how he was going to celebrate while everyone else suffered after the race.

“It’s 50/50,” Bolt tells CNBC Make It. “You can be really fit but if you’re not mentally prepared for the challenge ahead, at times, you will fail.” For Bolt, it’s about not getting “into his head.” When he does, that’s when he makes mistakes, he says. “Because at times you get into your head and you start thinking about your weaknesses,” Bolt says.

Bolt’s “weakness”, if it’s even fair to call it that, is his first step and the start. He has to nail that in order to get his entire race right. So he’d “randomly think about anything else but the race” in the moments before the race started. And prior to that, he would think about playing video games, what he was going to eat later, and he’d imagine how he was going to celebrate, really anything to distract from the race at hand.

Once the race is going Usain Bolt experiences a ‘flow state’ according to the CNBC article:

Once Bolt is running, he says he experiences “flow,” an optimal state of consciousness that athletes often describe as a sense of oneness with whatever task they are doing when they are not worried about failure or other distractions. “Sometimes, it’s like time is moving slow” when he’s running and in “flow,” Bolt says.

I randomly decided to look up Usain Bolt’s estimated net worth the other day and his fortune is valued at somewhere near $90 million. He has been insanely successful off the track. So it’s always interesting to me to come across interviews like the CNBC one where these prodigious athletes share some insight into what makes them so special.

As we inch towards the 2021 Tokyo Olympics, American Noah Lyles is a favorite to win the 200M and is a medal contender in the 100M. It’s possible that we could see an American sprinter take home both this year which would be awesome.