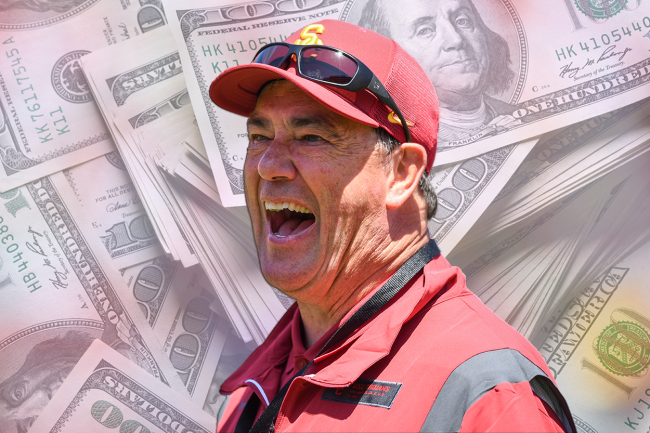 When USC and UCLA announced that it will be leaving the Pac-12 for the Big Ten, it was expected to have a major, immediate impact on media rights negotiations for both conferences. The Pac-12 is expected to take a bit hit while the Big Ten is expected to see a big, positive jump.

The former was proved to be true at Wednesday’s UC Board of Regions meeting.

According to The Athletic’s Stewart Mandel, a report presented during the meeting estimated that USC represented 30% of the conference’s media rights. As a result, the Pac-12’s media rights deal is expected to drop by $150 million.

The next TV deal was believed to fall in the ballpark of $500 million per year, according to Mandel. That means that the new estimation has the next TV deal at $350 million.

The decision to leave was announced by USC and UCLA on the last day that they could leave the Pac-12 without running into grant of rights issues. The conference is currently in negotiations for a new television agreement and it is not going to be nearly as lucrative as it would have been if the Trojans and Bruins had stayed.

However, it sounds like USC carried the vast majority of the weight between the two. The Trojans heading east will be extremely detrimental for the upcoming TV contract.