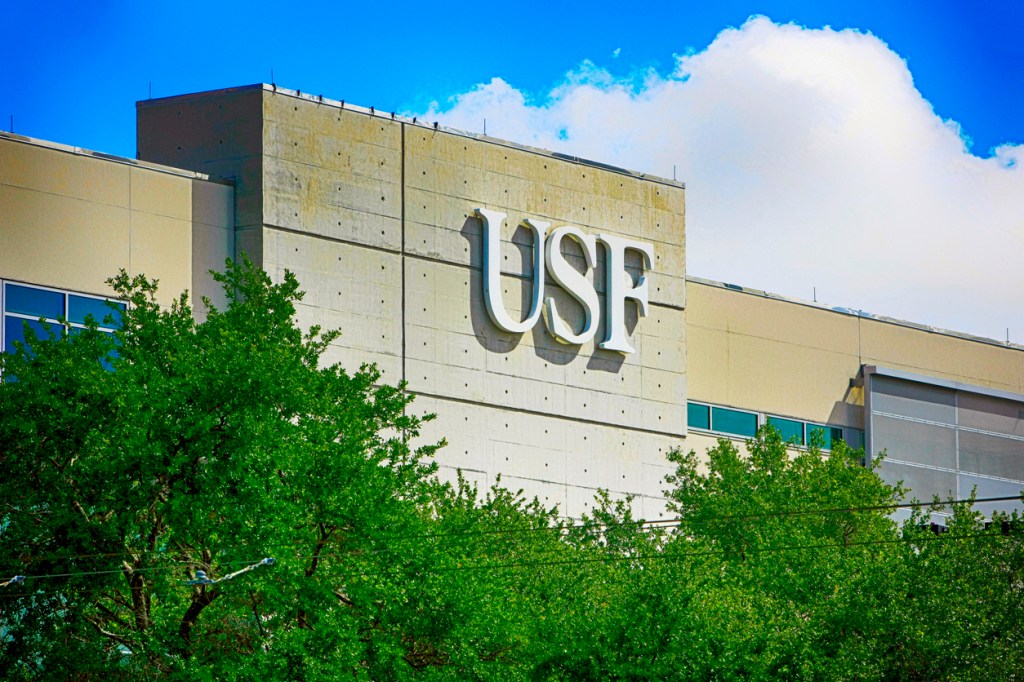 The University of South Florida (USF) Bulls are moving forward with a plan to build a football stadium of their own. Currently, the USF Bulls play their games at Raymond James Stadium which is the home of the Tampa Bay Buccaneers but plans are in motion to build their own stadium.

The USF Board of Trustees met last Winter to agree to move forward with the plan for a new stadium. At that time, they discussed this project costing anywhere from $250 to $400 million which is a BARGAIN compared to the billion-dollar stadium that’s being built in Buffalo for the Bills. But USF will need some help to foot a bill for hundreds of millions of dollars.

USF Board of Trustees Has Chosen A Location, Now Needs Funds

In the beginning of March, the USF Board of Trustees (BOT) chose a recommended location for the new football stadium, the Sycamore Fields site on the east side of the Tampa campus. They also received a massive gift of $5 million then from USF supporters Frank and Carol Morsani.

Not to be outdone, the Tampa Bay Lightning owners just donated $5 million towards the new stadium as well. The Viniks are basically Tampa Bay royalty at this point. The Lightning have won back-to-back Stanley Cups and have one of the best fanbases in all of sports.

The Stadium Looks Stunning, Will Be An Excellent Addition To Tampa

The Tampa Bay Business Journal was first to report the Viniks gift of $5 million towards building a new USF football stadium. This rendering of the stadium has been floating around since 2018 but it’s still a beautiful sight to behold:

Construction on the USF Bulls’ new football stadium is expected to begin somewhere around 2026 or 2027.

According to a recent article in Axios, a new college football stadium costing upwards of $400 million would be primarily funded by wealthy alumni. Getting these initial donations of $5 million from the Viniks and Morsani is great but that’s just $10 million out of $400M.

The University of South Florida alumni network has never been called on to donate on such a massive scale like this. Which could be a blessing in disguise. It’s a MASSIVE university with a huge alumni network. They might find it’s an alumni base that is willing to donate en masse.

Another possibility is the USF alumni network has no interest in forking over the other $390 million for a new stadium even if it looks incredible.

A long way to go but it all adds up! Thank you for all the donors that are able to do it, USF is so appreciative, Community effort and community cause!

Vinik is a Tampa Treasure! @RaysBaseball just name your price, so that a real owner can take over. https://t.co/5IPVmu7McE

We’re excited to announce a $5 million gift from Jeff and Penny Vinik in support of #USF's plan for an on-campus football stadium.

“An on-campus stadium at USF will be a game-changer for the university and our entire Tampa Bay community.” – Jeff Vinik https://t.co/scC0CGYd9z

@TBTimes_Bulls looks people are paying up. @msuttontke when are you and Fishman donating your 5 million?

One of the best owners in all of major sports. #Tampa #GoBolts https://t.co/847YVonHwk

The Viniks buying the Tampa Bay Rays would make my life A LOT better. I don’t see it ever happening as the current Rays owners make plenty of money by running the team without spending on big salaries. But the Viniks taking over would be the best-case scenario for Tampa Bay sports.